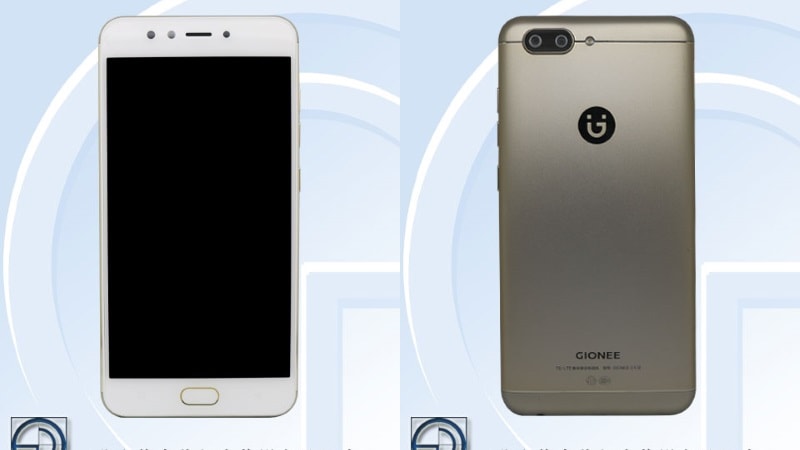 It seems like the successor to Gionee's last year's S9 smartphone is well on its way for launch as the device, currently being dubbed as Gionee S10, has shown up on Chinese certification website TENAA. Separately, the company has also started sending out the invites for the launch of its M6S Plus smartphone on April 24.

Talking first about Gionee S10, as per the leaked specifications from TENAA website, the device runs Android 7.0 Nougat out-of-the-box and sports a 5.5-inch full-HD (1080x1920 pixels) display. The smartphone is powered by a 2.0 GHz octa-core processor coupled with 4GB of RAM.

In terms of optics, the phone will feature a dual-camera setup with two 13-megapixel sensors at the back and a 16-megapixel sensor at front for taking selfies. According to the listed specifications, the Gionee S10 will come with 64 GB internal storage, which will be expandable up to 128 GB via microSD card. The phone will house a 3700mAh battery as per the TENAA listing and the fingerprint sensor is expected to be embedded in the home button itself.

The device is expected to be made available in Black and Gold color options. The renders of the smartphone suggest that it will feature simplistic design with round circular Gionee logo at back along with antenna lines at top and bottom end.

Moving to the Gionee M6S Plus launch, the company has reportedly started sending out the invites for the launch of the smartphone. Interestingly, the invites (shared via GSMArena) feature a fingerprint design, indicating that the devices might feature advanced level of protection given that fingerprint sensors are no longer the killer features that they once used to be.