Chinese mobile maker Gionee seems set to launch its its next flagship smartphone soon, the successor to the Gionee S9. Said to be called the Gionee S10, it was leaked in images on a certification website in the recent past, and now live photos and additional information have poured in, tipping details about the cameras to be present in the device. According to a new report, the smartphone can be seen in Gold colour and is reported to feature four cameras - two on the front and two on the rear.

As per the live photos spotted on Weibo (via GSMArena), the Gionee S10 can be seen featuring dual camera setups on both the sides of the handset. Going by the previous TENAA listing, the rear side of the smartphone was said to pack dual 13-megapixel cameras on the rear. In addition, it was also earlier reported that Gionee S10 will sport just a single 16-megapixel camera on the front. 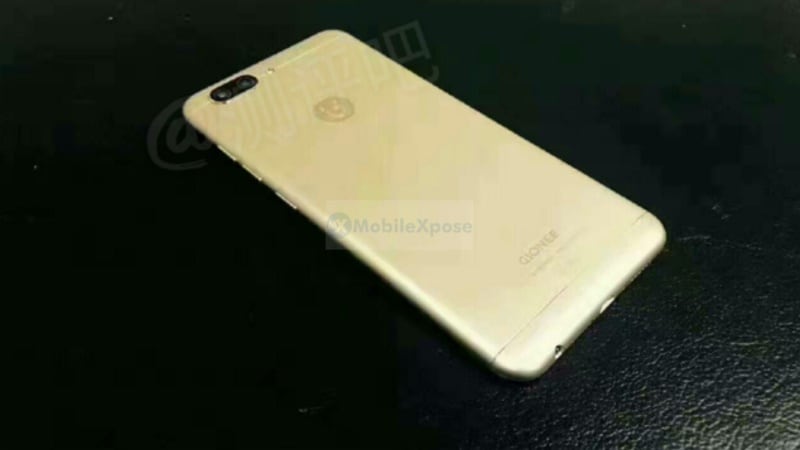 The rest of the specifications of Gionee S10 tipped by previous leaks include Android 7.0 Nougat, a 5.5-inch full-HD (1080x1920 pixels) display, a 2GHz MediaTek 6755 octa-core processor, and 4GB of RAM. The Gionee S10 is expected to come with 64GB of inbuilt storage, which will come with expandability via microSD card (up to 128GB). The phone will house a 3700mAh battery as per the TENAA listing, and the fingerprint sensor is expected to be mounted in the home button itself. The Gionee S10 is also expected to be made available in Black, apart from the Gold colour.

All of the aforementioned specifications are not official and we recommend readers to take it with a grain of salt.