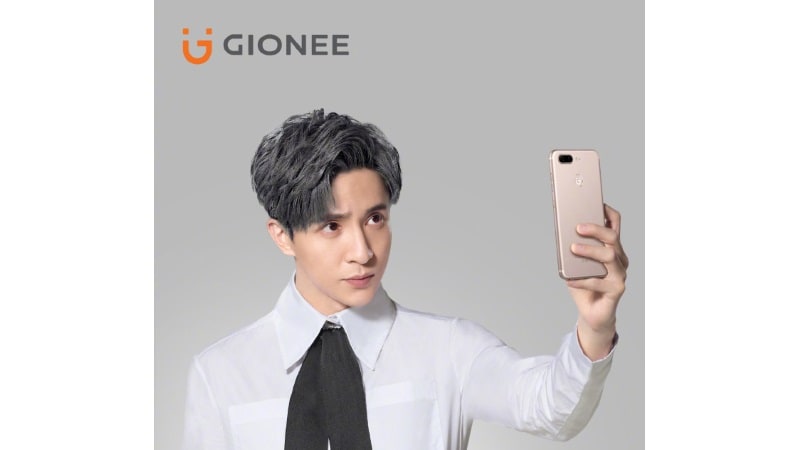 Gionee is all set to launch the successor to its S9 smartphone on May 26 as the company has now released the official launch teaser for its 'S10' smartphone. Separately, a new TENAA listing for "Gionee S10L" has suggested a different camera configuration than was tipped with the previously leaked TENAA listing of the Gionee S10.

This latest revelation via the TENAA listing matches a leak from last week that stated the Gionee S10 will sport four cameras, tipping the same specifications for the front and rear dual camera setups. Another interesting deviation shown by the new TENAA listing is that it suggests the phone will pack 6GB of RAM, against the 4GB of RAM suggested earlier. Notably, the new listing also suggests that the phone will house a 3450mAh battery.

As per the specifications leaked earlier from TENAA website, of the Gionee S10B, the smartphone runs Android 7.0 Nougat out-of-the-box and sports a 5.5-inch full-HD (1080x1920 pixels) display. The smartphone is powered by a 2.0GHz octa-core processor coupled with 4GB of RAM.

In terms of optics, the phone was earlier expected to sport a dual-camera setup with two 13-megapixel sensors at the back and a 16-megapixel sensor at front for taking selfies. According to the listed specifications, the Gionee S10 was expected to come with 64GB internal storage, which was tipped to be expandable up to 128 GB via microSD card. The phone will house a 3700mAh battery as per the TENAA listing and the fingerprint sensor is expected to be embedded in the home button itself.

As the new listing suggests several changes over the earlier spotted listing, there is a chance that the new listing is for another variant of the phone that might be launched with the regular model. However, this is all speculation and we will have to wait for company's official announcement for any confirmation.