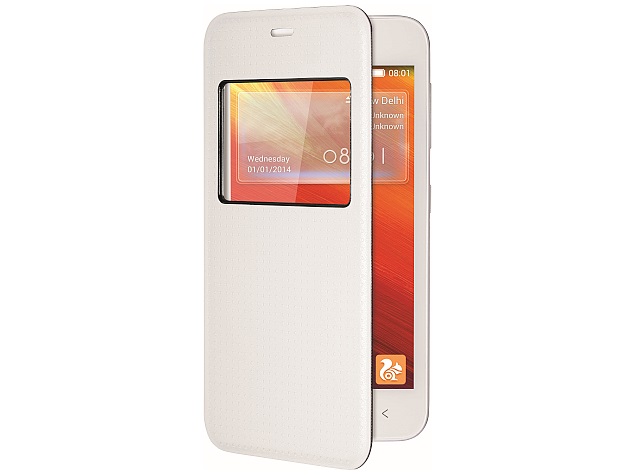 Gionee has launched its new Pioneer-series smartphone, the Pioneer P4S, priced at Rs. 7,799.

The new Gionee smartphone will be available in India via online and offline retailers. The Gionee Pioneer P4S is the successor to the Pioneer P4, which was launched last year.

The Android 4.4 KitKat-based Pioneer P4S is a dual-SIM (GSM+GSM) smartphone with a 4.5-inch (unspecified resolution) display. The smartphone is powered by a 1.3GHz quad-core processor coupled with 1GB of RAM.

It comes with 8GB of inbuilt storage, which is further expandable via microSD card (up to 32GB). It sports a 5-megapixel rear camera with LED flash, while there is a secondary 2-megapixel front-facing camera also onboard. The Pioneer P4S rear camera features face recognition, Panorama, geo tagging, and HDR options.

On the connectivity front, the Pioneer P4S offers 3G, GPRS/ EDGE, Wi-Fi 802.11 b/g/n, Micro-USB, and Bluetooth options. The smartphone packs an 1800mAh battery with no word on talk time and standby time. It also features HotKnot file transfer technology, which is similar to near field communications (NFC) in terms of application. The handset measures 134.5x67.7x8.7mm.

Commenting on the launch, Arvind Vohra, Country CEO and MD, Gionee India said, "The Pioneer series has been receiving favourable response from the consumers in India. All the models have been appreciated and the P4S takes the standards a level higher by packing superior features in a good looking smartphone. Gionee has been setting high standards in various aspects and believes in giving the consumers better than the best."

Gionee earlier this month launched the Elife S7 in India sporting a thickness of 5.5mm. The Elife S7 was priced at Rs. 24,999.