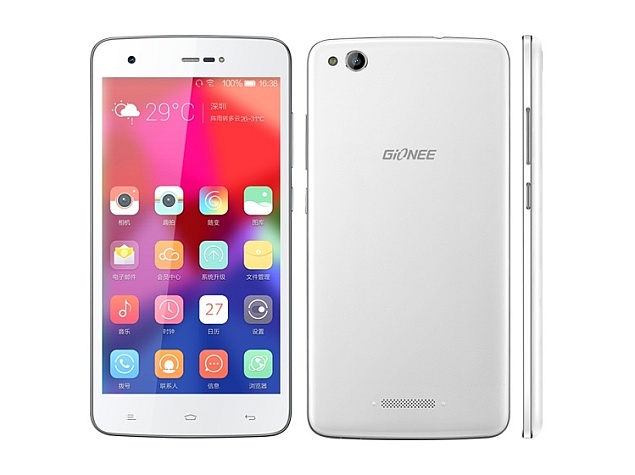 Gionee has launched its GN715 smartphone, priced at CNY 1,699 (roughly Rs. 16,900) at the Beijing China International Exhibition Center gadgets expo this week. The new Gionee smartphone is exclusively available to buy from the company's online store. No details about global availability have been provided.

The smartphone is powered by a 1.2GHz quad-core Qualcomm Snapdragon (unspecified version) processor coupled with 1GB of RAM. It comes with 8GB of inbuilt storage, which is further expandable via microSD card (up to 32GB). It sports an 8-megapixel rear camera, while there is a secondary 5-megapixel front-facing camera also onboard. Interestingly, the Gionee GN715 also features LED flash for both the front and rear cameras.