Gionee F205 and Gionee S11 Lite are the Chinese mobile maker's latest smartphones in India. Gionee launched the two smartphones at an event in New Delhi on Thursday. The company had showcased both the smartphones last year, at an event in China. Both the Gionee F205 and S11 Lite have been priced in the selfie-centric budget smartphone segment. The key highlights of the handsets include FullView Displays (with 18:9 aspect ratio), Face Unlock, Bokeh effect, Private Space 2.0, App Lock, and App Clone features. Notably, both the smartphones come with Android 7.1.1 Nougat-based custom OS, and there is no timeline for the Android 8.0 Oreo update. Gionee has also informed that both the handsets have been manufactured in India.

In terms of optics, the Gionee F205 features an 8-megapixel camera with LED flash at the back and a 5-megapixel camera for selfies. The handset comes with 16GB of inbuilt storage, expandable via microSD card (up to 256GB). 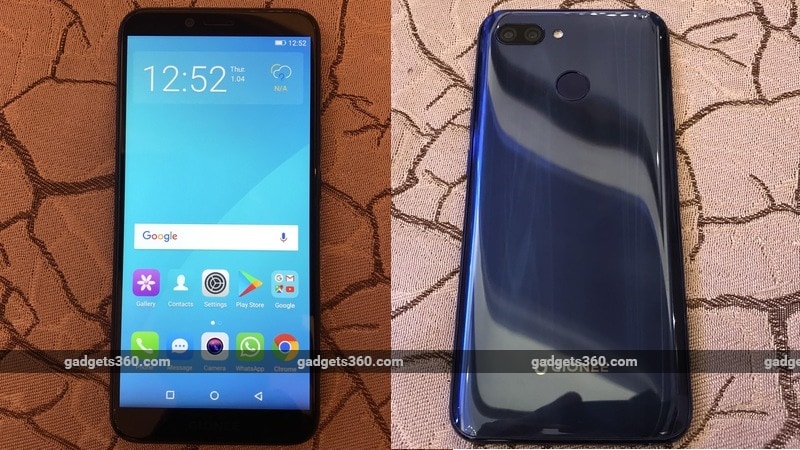 Connectivity options on the Gionee F205 include 4G VoLTE, Bluetooth 4.2, Wi-Fi, GPS, Micro USB, and 3.5mm headphone jack. Sensors onboard are an ambient light sensor, digital compass, gravity sensor, and proximity sensor. Notably,  there is no fingerprint sensor on the Gionee F205. The smartphone is powered by a 2670mAh battery. It measures 148.40x70.7x7.95mm and weighs 135.6 grams.

When it comes to the camera, the Gionee S11 Lite sports a dual rear camera setup with a 13-megapixel primary sensor and a 2-megapixel secondary sensor. At the front, is a 16-megapixel selfie shooter and it comes with Bokeh effect. Also, the smartphone comes with 32GB of inbuilt storage, expandable via microSD card (up to 256GB).