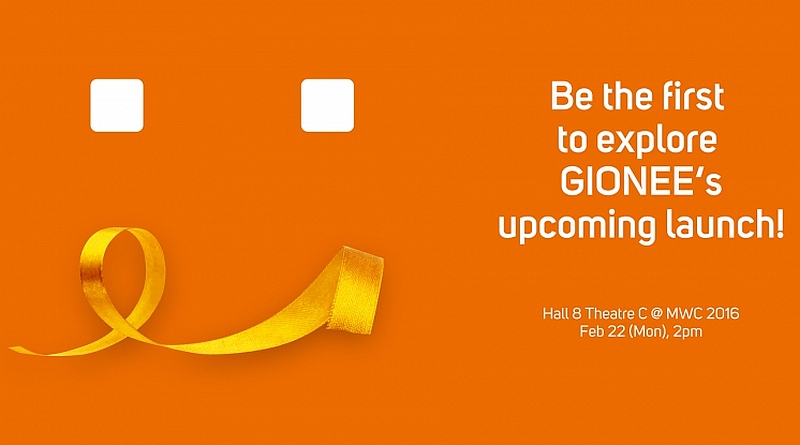 Gionee has announced its plans for the upcoming MWC 2016 trade show. The Chinese tech firm will launch its flagship smartphone, the Elife S8 in an event that will take place on February 22.

With the Gionee Elife S8 smartphone, the company plans to shift its focus from slim handset designs to the ones with better camera performance. The handset will feature "hassle-free photo-shooting" options. Another highlight of the smartphone might be a "pressure-sensitive" display much like what we have seen in iPhone 6s, iPhone 6s Plus, and Huawei Mate S.

"A new era of mobile photography has arrived and we welcome our consumers to explore this era together with joy in their hearts. We believe technology is part of our lives and we enjoy the convenience and creativity it brings. At MWC 2016, GIONEE will introduce a new member to its S series - the Elife S8, an innovative mobile device that comes with hassle-free photo-shooting features and a pressure-sensitive display," says Gionee.

The previously launched Gionee Elife S7 smartphone's claim to fame was its sleek body with 5.5mm thickness. The smartphone was launched during the MWC 2015 trade show last year and reached Indian shores by April at Rs. 24,999.

Gionee on Wednesday also launched the Marathon M5 Mini with 4000mAh battery in Nigeria. The handset features most of the specifications with the company's Marathon M5 Lite but with minor change in RAM, SoC, and inbuilt storage capacity. Gionee has not yet detailed the smartphone price and availability outside the country as of yet.