The highlight of the Gionee Elife E8 is its 24-megapixel rear camera that with software can stitch together and produce images up to 120 megapixels in resolution. Gionee is also touting a six-element lens with sapphire glass, optical image stabilisation, lossless zoom at up to 3x, 4K video recording, a dedicated camera button, dual-tone LED flash, and phase detection autofocus for speeds up to 0.08 seconds. The smartphone also has a 'biological' fingerprint reader, but details of type and placement are still not known. It has an 8-megapixel front-facing camera.

The Elife E8 runs Android 5.1 Lollipop-based Amigo 3.1, and is a dual-SIM 4G smartphone. It sports a 6-inch QHD (1600x2560 pixel) Super Amoled display with a pixel density of 490ppi. Powered by a 2GHz octa-core MediaTek Helio X10 (MTK6795) SoC coupled with 3GB of RAM, it comes with 64GB of inbuilt storage (no details about storage expandability as yet). Connectivity options include NFC. The smartphone is powered by a 3520mAh battery, and it supports fast charging. More details are limited as of now. 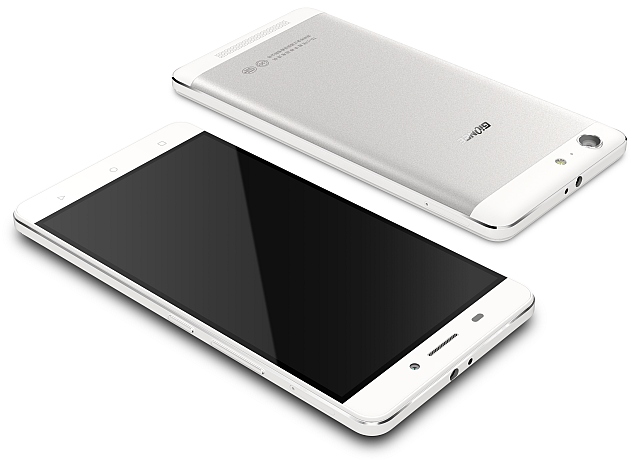 The Gionee Marathon M5 on the other hand like its predecessor, the Gionee Marathon M3, is being touted for its battery capacity. It comes with two 3010mAh batteries, taking the total to 6020mAh. The company says the batteries should last up to 4 days. It also features an extreme mode that can boost standby time at 5 percent battery life to 62 hours. As expected, the smartphone supports reverse charging, which allows users to utilise the Marathon M5 as a power bank to charge other devices. It also features a fast charging system, but no details have yet been provided about how long it will take to completely charge the dual battery setup.

The Marathon M5 also runs on Android Lollipop (version unspecified), and is a dual-SIM smartphone with 4G LTE functionality on both SIM card slots. It features a 5.5-inch HD (720x1280 pixel) Amoled display, and is powered by a 64-bit 1.5GHz quad-core MediaTek MT6735 SoC, coupled with 2GB of RAM. It sports 16GB of built-in storage that can be expanded via microSD card (maximum capacity unspecified). It features a 13-megapixel rear camera, and a 5-megapxiel front camera. More details are not known at the moment.

Gionee also launched the Gionee Wallet mobile wallet system in collaboration with WeBank. In an emailed statement, Arvind R. Vohra, Country (India) CEO & MD of Gionee Smartphones, said "Both M3 & E7 have seen massive success in the Indian market and with the announcement of the power packed M5 and next gen E8 we are sure that the Indian smartphone market will experience the future technology today," tipping a launch in India in the near future. The company at the launch of the Gionee Elife S7 in India had indicated the same.