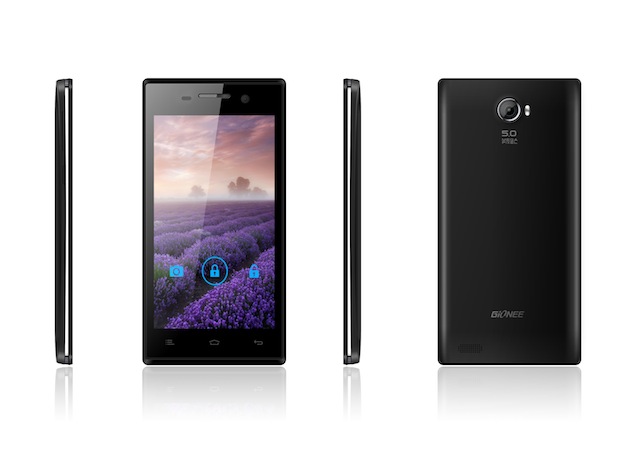 Gionee CTRL V4 comes with a 4.5-inch display of resolution 480*854 and is powered by a 1.2GHz Cortex A7 quad-core processor alongside 512MB RAM and PowerVR Series5XT GPU. It comes with a 5-megapixel rear camera, VGA front camera and built-in Yamaha PA 168 digital sound system. The smartphone comes with 4GB of internal storage and that can be expanded by another 32GB via microSD card. A 8GB memory card is bundled with the phone, along with a phone case.

Gionee CTRL V4 is dual-SIM, dual-standby phone that is 9.7mm thick and runs Android 4.2 Jelly Bean. It is powered by a 1,800mAh battery and connectivity options include Wi-Fi, Bluetooth 4.0 and 3G. GPS and FM radio are included as well. The phone ships with proximity sensor, G-sensor, E-Compass and a digital compass.