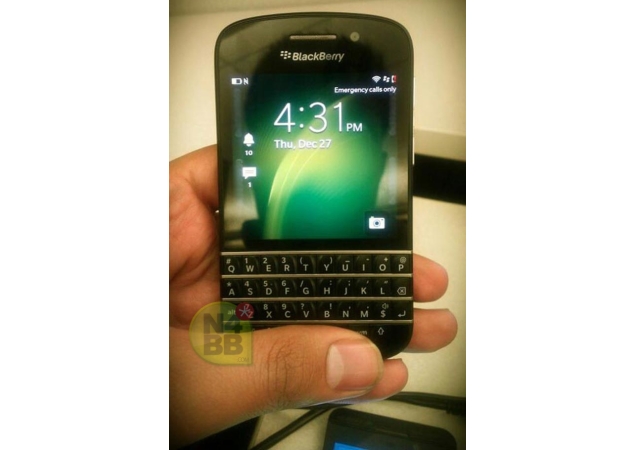 These images provide a glimpse of home screen of the QWERTY BlackBerry 10 smartphone and also show how the icons will be stacked up. However, no new specifications about this smartphone have surfaced in this new leak.

RIM has already sent out invitations for January 30 event in which the company will showcase its new BlackBerry 10 operating system and new smartphones running on this system. There have been plenty of leaks about this new OS and the all-touch smartphone, which is rumoured to be launched as BlackBerry Z10.

N4BB has also reported that an all-touch BlackBerry device bearing Model number RFF91LW has already cleared FCC and consists of AT&T's LTE and GSM bands along with international frequencies.

In the past, various photos and videos of the new BlackBerry operating system and BlackBerry Z10 smartphone have surfaced online. From the rumours, it appears that BlackBerry 10 full-touchscreen smartphone will run on dual-core 1.5GHz TI OMAP 4470 processor and will have a 4.2-inch screen with a resolution of 1280x768 pixels. It is expected to have 2GB RAM a 8-megapixel rear camera with auto-focus and 1800 mAh battery.