Free BBM for a year on Airtel, Vodafone with BlackBerry Curve 9220, Curve 9320 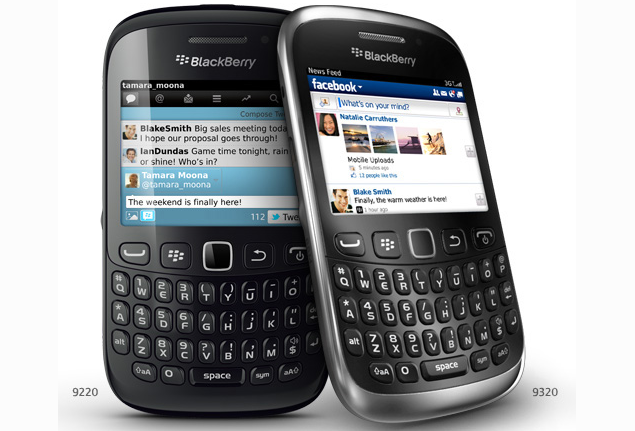 Research in Motion is trying to sweeten the deal on its BlackBerry Curve 9220 and Curve 9320 smartphones by offering free BlackBerry Messenger Services (BBM) for year. The Canadian handset maker has tied up with two telecom operators - Airtel and Vodafone - for this special offer.

To avail this offer, users need to buy a new Airtel or Vodafone connection between November 9 and December 9, 2012 and opt for this plan. For Vodafone subscribers the services will start within 48 hours of inserting the SIM in the smartphone. Airtel users will have to send SMS to 543210 with the message 'BBM' to activate their free service.

Apart from this, RIM is also offering free apps for worth Rs. 2000 for its news and existing customers.

The year 2012 has been quite eventful for the BlackBerry maker. On one hand, it has been struggling to keep pace with the rivals Android and iOS, while on the other hand it is looking forward to launching smartphones running on its new operating system - BlackBerry OS 10. According to the company its new BlackBerry 10 smartphones are now being tested by the telecom operators around the globe. The operator testing usually takes 60-90 days, so it is on track to launch these new smartphones in the first quarter of 2013.