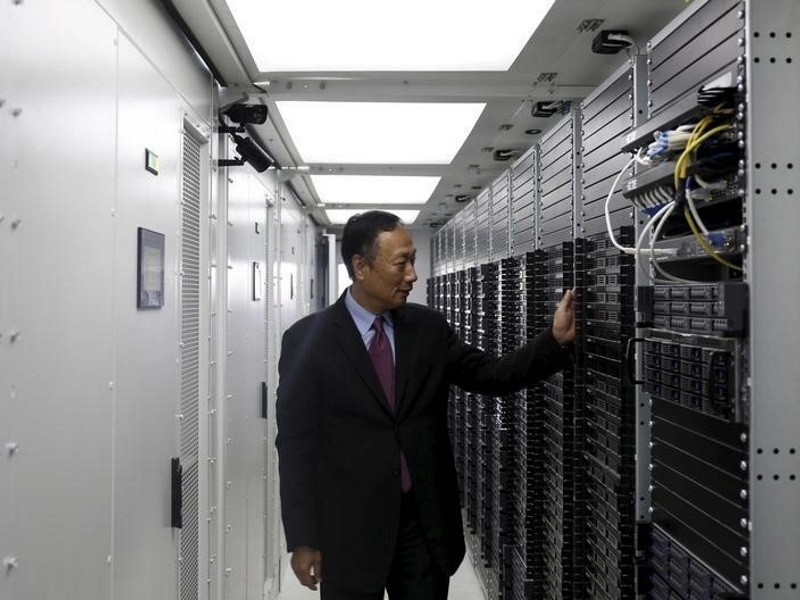 The announcement was made by Foxconn founder Terry Gou and Maharashtra Chief Minister Devendra Fadnavis after the signing of an accord in the state capital Mumbai.

Gou said Foxconn, the trade name for Hon Hai Precision Industry Co Ltd which also counts Blackberry, Xiaomi and Amazon as clients, was looking for local partners for the facility in the western Indian state.

He declined to say if the Taiwan-based company would make mobile phones at the facility.

India could help Foxconn mitigate accelerating wage inflation in China, where it makes the majority of iPhones, and base production sites closer to markets where its key clients want to grow.

On Tuesday, Gou said in New Delhi that he was looking at setting up manufacturing units in various Indian states and possible partnerships in the world's fastest growing smartphone market.

He had said in May that Foxconn was aiming to develop 10-12 facilities in India, including factories and data centres, by 2020. Local businessmen are hoping that as Foxconn and other companies invest in the country, suppliers will follow.

Chief minister Fadnavis said the Foxconn plant would generate employment for about 50,000 people.

Foxconn employs about 1.3 million people during peak production times, making it one of the largest private employers in the world. But it has had to improve labour conditions following a series of suicides in 2010-2011, mostly at its Shenzhen manufacturing operation.

The company on Friday confirmed the death of an employee at its Zhengzhou plant in China which a labour group said was suicide.