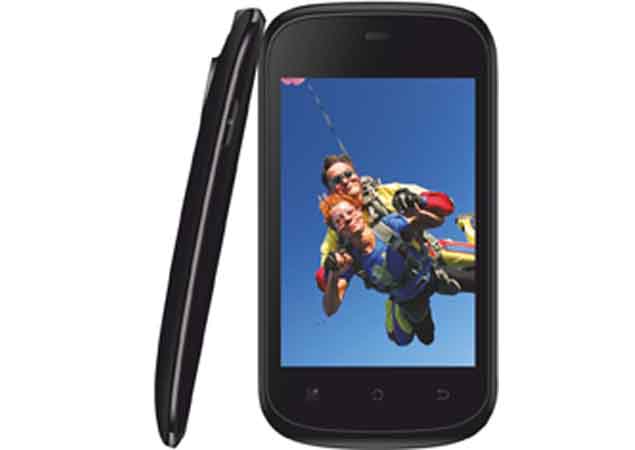 Fly F351 comes with 3.5-inch HVGA display with a resolution of 320X480 pixels. The smartphone packs in a 1GHz processor along with 256MB of RAM. The internal storage available on the smartphone is just 512MB. However, one can expand it by up to 32GB via microSD card.

Priced at Rs. 4,599, Fly F351 comes with a 3.0-megapixel rear camera with flash and a VGA front facing camera. The smartphone comes with a 1,200mAh battery, which, as per company's claims, delivers up to 10 hours of talk time and 260 hours of standby time. It runs on the dated Android 2.3.6 (Gingerbread) operating system.

Fly F351 comes with proximity and gravity sensor. It is dual-SIM smartphone. Other connectivity options for the smartphone include EDGE, Bluetooth 3.0, and Wi-Fi.

Commenting on the launch, Rahul Goel, President, Fly Mobiles, India said, "The market is inclined towards smartphones more than ever. Amidst myriad high end smartphones taking over the market, the common man is still waiting for an affordable option that can make his life easy. We have designed Fly F351 to fulfil this dream of people. Fly has always manufactured products that bring a change to the lives of people and we will continue to do so to add value to the community."

Fly Mobiles has recently launched three new smartphones under its "F-Series". These smartphones have been dubbed Fly F51, Fly F45s and Fly F40 and their price ranges between Rs. 4,500 and Rs. 12,500.