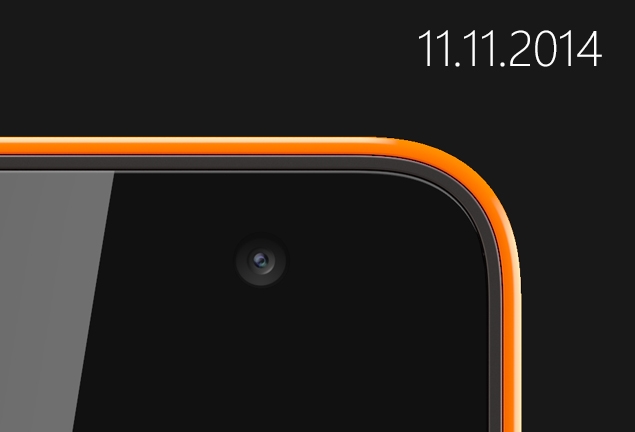 The first Microsoft-branded Lumia smartphone seems set for a November 11 launch. The company has teased the smartphone on the Conversations blog, noting, "Microsoft is delivering the power of everyday mobile technology to everyone. Come back on November 11, to find out more! #MoreLumia," along with an image showing the top-right part of the smartphone.

While the post doesn't reveal anything about the smartphone, it is quite probable the smartphone is the same RM-1090 handset as has been spotted in the recent past, earlier this week on Tenna, China's equivalent of the FCC, and last month on the US FCC.

The Tenaa listing of the RM-1090 showed an orange-coloured handset with Microsoft branding and logo printed on its rear panel. The logo placement is completely in-line with the branding plans the company had revealed last month when it confirmed it was dropping the Nokia name from its Lumia smartphones, a rebranding following the acquisition earlier this year of the Finnish group's handset division.

Microsoft will however keep the Nokia brand name for entry-level phones, such as the Nokia 130, under a license agreement between the companies. The Microsoft's acquisition of Nokia's devices and services division for more than $7.5 billion was completed in April.

The Windows Phone 8.1-based RM-1090 handset on Tenaa is listed to feature a 5-inch qHD (540x960 pixels) display resolution. It offers dual-SIM support with 3G connectivity, sports a 1900mAh battery, and measures 140.2x72.4x9.3mm. Notably the handset's specifications listed by Tenaa are in-line with the specifications revealed when the handset appeared on the US FCC certification website last month.
Comments

Electric Cars Could Soon Be Charged by Their Own Bodies
More Than Funding: What International Startups Can Gain From Y Combinator