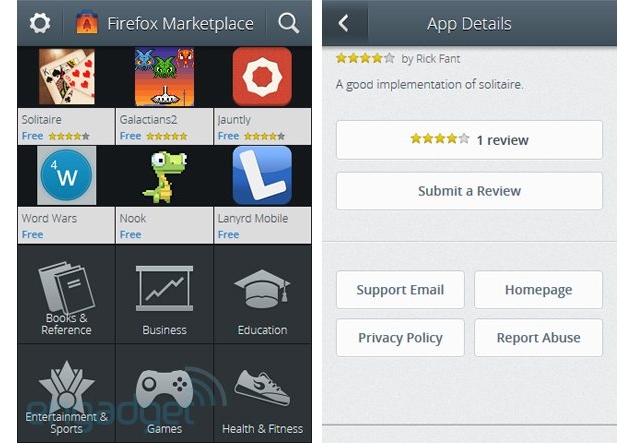 Mozilla has been showcasing its new mobile operating system Firefox OS (aka Boot to Gecko) since the Mobile World Congress earlier this year. There've been very few details or leaks forthcoming, until now.

Tech blog Engadget has got hold of the screenshots showing the near final Firefox Marketplace. There seems to be nothing extraordinary about the Marketplace as such; overall it features a simple design with Marketplace home page featuring select apps in the upper half, and categories on the other half.

The app detail page features the usual app description, ratings, reviews, and other details you would expect. Other pages in the Marketplace include account, downloaded apps and the about page.

A few key details still seem to be missing - how the paid apps ecosystem will work, which payment systems will be in-place etc.

The first Firefox OS devices are due to arrive from European telecom operator Telefonica in 2013. We hope to see more on the OS and its features before that. 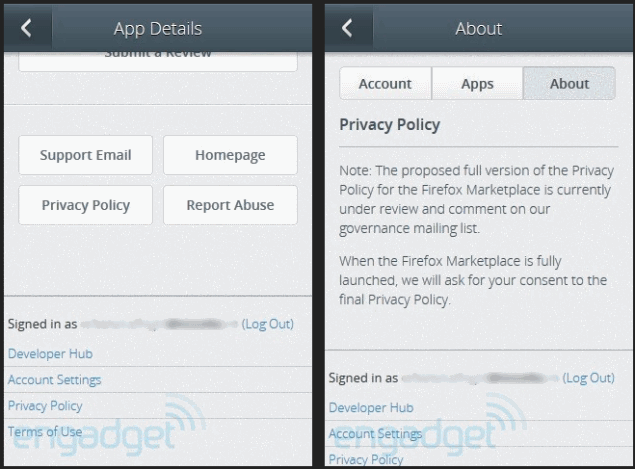