Feature Phone That Doubles-Up as a Power Bank Launched at Rs. 1,848 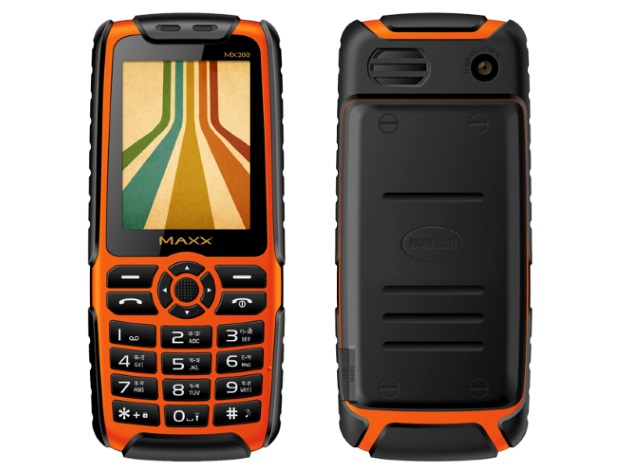 Maxx Mobile has launched a new feature phone at Rs. 1,848, the MX200, in the company's Power House phone category.

The highlight of the new Maxx MX200 is the large 5200mAh battery that can be also used as a power bank to charge other mobiles. In addition to the large battery that can deliver up to 10-11 hours of talk time, the MX200 also offers a rugged body.

The Maxx MX200 comes with 2.4-inch screen, expandable storage support up to 8GB; dual-SIM support, and support for multiple languages (English, Hindi and Gujarati). Other features in the phone include Bluetooth, GPRS, FM radio and multimedia support (audio player, video recording and player). The phone will be available in two colours - Black, and Orange with Black.

For those unaware, the Maxx MX200 is successor to the MX100 launched in December last year. The Maxx MX100 came with a large 4400mAh battery, which could also be used as a power bank to charge other phones.

Commenting on the launch, Ajjay Agarwal, Chairman and Managing Director, Maxx Mobile said, "Our consumers in the semi-urban segment and in rural areas need phones with good battery life and rugged to sustain rough conditions. We reached out to these audiences with MX100 last year, with a powerful long lasting 4400mAh battery and which could also be used as a power bank to charge other mobiles. Encouraged by the huge response, this year we have enhanced the battery capacity to 5200mAh for Max100 and have also launched MX200 with similar specifications, but with a bigger 2.4-inch screen. We continue to remain committed to offer consumers products with best quality at attractive prices."