OnePlus 2 Smartphone: Everything We Know So Far About the '2016 Flagship Killer'

OnePlus 2 is one of the most anticipated smartphone launches of the year. The company that came out of nowhere with the OnePlus One is now set to launch its successor at a virtual reality event on Tuesday at 7:30am IST.

(Also see: OnePlus 2 Invites System Is Live, Here's How You Can Reserve a Spot)

So far, the company has revealed a number of details about the smartphone including dual-SIM support; a 3300mAh battery; a fingerprint sensor which the company had claimed will be faster than Apple's iPhone Touch ID sensor; a Qualcomm Snapdragon 810 v2.1 SoC, which the company had touted was a newer version of the SoC to avoid heating issues; a USB Type-C port, which will allow users to not worry about which way their cable is facing, while the standard allows for transfer of power, video, and audio in both directions; 4GB of LPDDR4 RAM, and will possibly flaunt a metal build teased earlier by the OnePlus CEO Pete Lau.

Last week, the company added some details about its custom ROM, OxygenOS, that will be running on the OnePlus 2. The Chinese company also touted it will include features that won't be available on other devices until Android M releases later this year.

OnePlus is yet to reveal exact price of the OnePlus 2, though the company earlier suggested the price of OnePlus 2 would definitely be higher than $322 (roughly Rs. 20,500) or CNY 1,999. Soon after CEO Pete Lau hinted that the pricing of the upcoming OnePlus 2 would be under $450 (approximately Rs. 28,500), giving us the price range. The company, earlier this month, also revealed that the OnePlus 2 smartphone would get a "new and improved" invite system. Over the weekend, the invite system for the OnePlus 2 went live and here's how you can reserve spot. 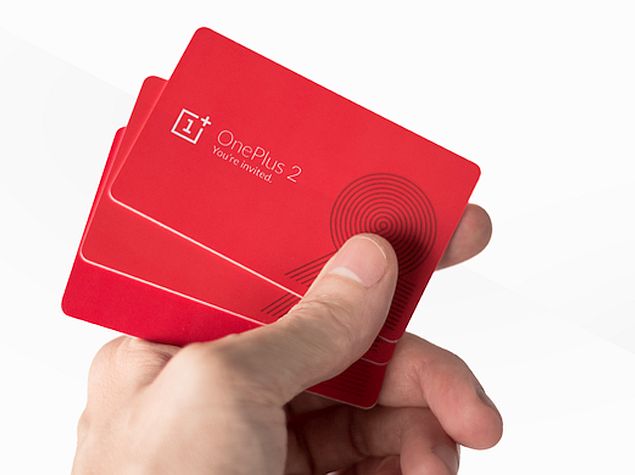 The most recent leak of the OnePlus 2 saw the smartphone being leaked in two videos running the AnTuTu benchmark, posting a rather unimpressive score of 49,221 - significantly lower than the 63,000 score reported last week. The leaked benchmark also tips a 1080x1920 pixel full-HD resolution, contradicting recent reports of a QHD display. The model seen the video was the A2001, and comes with 16GB of built-in storage.

Recently, the OnePlus 2 smartphone passed through the Tenaa (China's equivalent of the FCC) certification site tipping design and innards of the handset. The listing showed images of the yet-to-be-announced OnePlus 2 smartphone in its full glory. The front panel of the handset was seen sporting oval physical home button that is rumoured to house the fingerprint scanner. The rear panel showed the laser autofocus module on the OnePlus 2, and the company logo was seen in the middle - similar to the one seen on the OnePlus One. The specifications listed (in Chinese) on Tenaa of the OnePlus 2 included a 5.5-inch QHD (1440x2560 pixels) display; octa-core Snapdragon 810; Adreno 430 GPU; 4GB of RAM; 32GB of storage; a 13-megapixel rear camera; 8-megapixel front camera, and a 3300mAh battery.

Several earlier leaks have tipped that the new flagship will be smaller in overall size than its predecessor.

The screen size of the OnePlus 2 has been one of the few details that have remained mystery and a retailer claimed that the smartphone will come with a 5.7-inch QHD (2056x1440 pixels) resolution display with pixel density of 571ppi. Another leak tipped a 5.5-inch full-HD (1080x1920 pixels) display and also hinted that it would be heavier than the last-generation One smartphone. However, we will have to wait till the company's officially reveals the details of the handset.

Online Police Verification for Passport to Start in November
Soon, Robots to Get Better at Identifying Objects