Essential Products Confirms Layoffs, Said to Be About 30 Percent of Employees 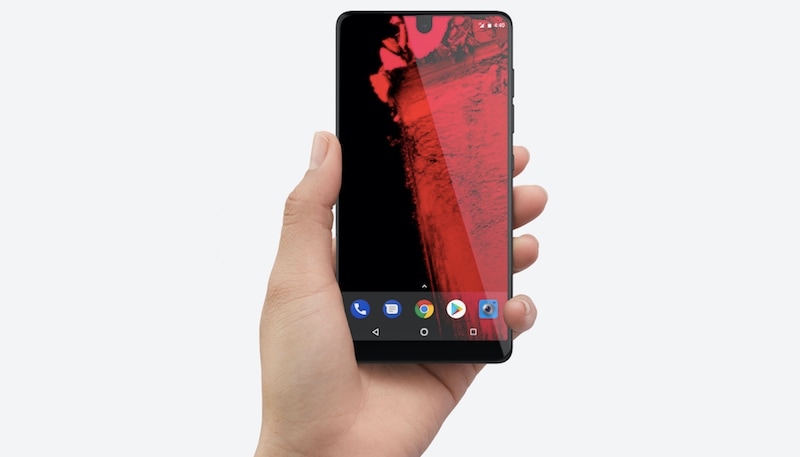 Essential Products, the entity founded by Andy Rubin - considered the father of Android - has reportedly cut about 30 percent of its employees. The company brought the Essential Phone as its first product back in May last year -- a little over one and a half year after being established in November 2015. Rubin was quite ambitious about the smartphone that was amongst the first few Android smartphones with a display notch and ultra-thin bezels. However, the company reportedly wasn't able to sell more than a few thousand units. It even reduced the price of the phone from the original $699 (roughly Rs. 51,400) to $499 (roughly Rs. 36,700) to attract customers. In April this year, the Android co-founder also announced the development of a new smartphone from Essential Products that could now be built through the streamlined team.

Citing people familiar with the development, Bloomberg reports that the 30 percent layoffs in the Essential Products workforce has impacted staff in the company's hardware, marketing, and sales division. It is unclear whether the cut has mainly affected the middle- and operational-level management or it also resulted in some reduction in the top-level management. The about page on the official Essential Products website shows that the company has about 120 employees.

An Essential spokeswoman has confirmed the layoffs in an emailed statement, without confirming the reported percentage. "We are very sorry for the impact on our colleagues who are leaving the company and are doing everything we can to help them with their future careers. We are confident that our sharpened product focus will help us deliver a truly game-changing consumer product," the spokeswoman said, as quoted by Bloomberg.

The new development comes months after Essential Products came in the news for cancelling its new smartphone and considering selling itself. The Palo Alto, California-headquartered company had reportedly hired Credit Suisse Group AG to help it in the sale process and received interest from at least one suitor. Rubin also lately reported to have paused his plans to unveil a smart device for homes to take on Amazon Echo and Google Home lineups. Nevertheless, Mark Gurman of Bloomberg earlier this month reported that the executive is in development to bring an artificial intelligence (AI) backed smartphone from the house of Essential Products.

"We always have multiple products in development at the same time and we embrace cancelling some in favour of the ones we think will be bigger hits. We are putting all of our efforts towards our future, game-changing products, which include mobile and home products," Rubin tweeted back in May while revealing future plans.

Essential Products, which comes as a part of Rubin's startup incubator Playground Global, has raised $300 million (roughly Rs. 2,205 crores) from a bunch of investors, including Amazon, Redpoint Ventures, and Tencent Holdings. It also reportedly spent more than $100 million (roughly Rs. 735 crores) on building its first products, including the Essential Phone as well as its modules.