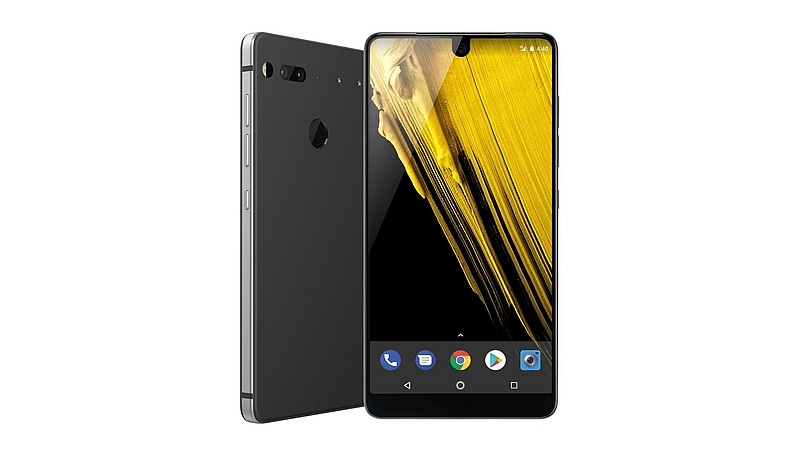 Andy Rubin is reportedly working on an Essential Phone successor

Essential Products, a startup run by Android creator Andy Rubin that launched last year to great fanfare, is reportedly working on a new smartphone that will mimic users and automatically respond to messages on their behalf. According to a report, the company is putting most of its projects aside to focus on the development of this new handset. It is an interesting development, as a report back in May had suggested that Essential was considering selling itself and cancelled the development of a new smartphone. However, the latest piece of information has hinted that the manufacturer could be working on a second handset, but expect it to be quite different from its first product.

As per a Bloomberg report, the upcoming AI-powered smartphone from Essential is unlike any standard smartphone. Citing sources familiar with the company's plans, the report said that the handset will have a small display and be controlled primarily using voice commands. It will reportedly have an inbuilt AI software would mimic the owner, automatically booking appointments, responding to emails and text messages, and more.

The Bloomberg report also said that Essential had paused the development of a planned home speaker to start working on the upcoming handset. Meanwhile, the company is said to have abandoned the development of a regular smartphone "because the product is too similar to others on the market" and "sales of an earlier phone were disappointing".

To recall, last year, Andy Rubin in an interview said, "If I can get to the point where your phone is a virtual version of you, you can be off enjoying your life, having that dinner, without touching your phone, and you can trust your phone to do things on your behalf." He added, "I think I can solve part of the addictive behaviour."

If the details turn out to be true, Essential will have an ambitious project at hand. The new technology will be familiar to people who have watched Spike Jonze's 2013 film 'Her'. Google also has been working on something similar - Google Duplex - and has already announced that the technology will be available on Pixel handsets by the end of this year. Duplex can mimic human voices and can carry out basic tasks like booking a table at a restaurant.