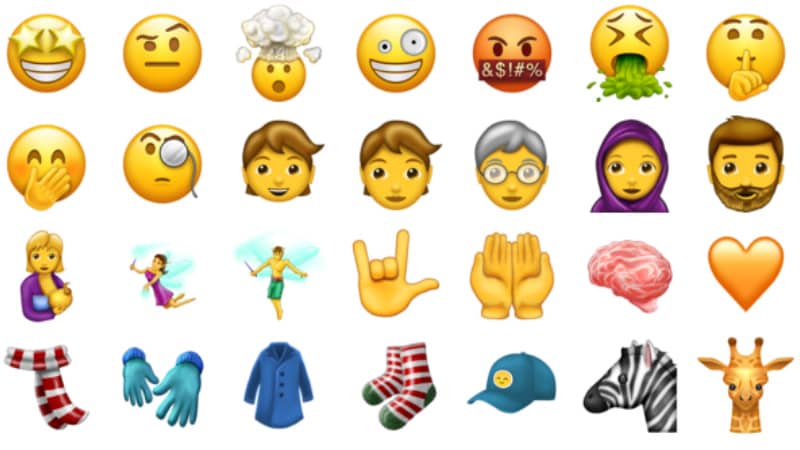 Last year, Unicode decided to release the Emoji 4.0 update that consisted of 16 new emojis based on different professions representing both genders. These emojis were proposed by Apple, Google, and other members of the Unicode Consortium, and included professions from a judge to an astronaut. Now, the Emoji 5.0 update is on its way, and it is scheduled to bring along 137 new emojis along with it. This includes star struck emoji, woman with headscarf, face with raised eyebrow, exploding head, crazy face, face with monocle, face vomiting, shushing face, face with hand over mouth, and breastfeeding emoji.

This new Emoji 5.0 version will be released on June 30 and may look different depending on the operating system. While the emojis introduced are from varied categories like food, animals, and expressions, there are a few emojis that push diverse representation of women. Last year, while introducing more professions, Unicode ensured that the major sexes were well represented in all occupations. Furthering that effort, Emoji 5.0 brings a male and female magician on board as well.

As mentioned, there's also an emoji of a woman in a headscarf (which looks more like a hoodie), and a woman breastfeeding a baby. There's also the addition of a hedgehog, a T-Rex, a Sauropod, and a cricket in animal emojis; and a pretzel, sandwich, and pie in food emojis.

Emojipedia notes that "the emojis displayed have been created in an Apple-like style; as an indication of how they might be displayed when released by vendors," but are in no way the final version. It also notes that this update is not final and is subject to change over the course of time. Here's the full list of emojis.

Tech World Debate on Robots and Jobs Heats Up
God of War PS4 Release Date in 2017?