Despite living in exile in Russia, former National Security Agency (NSA) whistleblower Edward Snowden is reportedly working with a researcher from Massachusetts Institute of Technology (MIT) Media Lab to build a device which will protect smartphones from government spies.

The device - a plastic case designed to slide over an Apple iPhone 6 - will monitor the phone's antennae to detect any incoming or outgoing signals from the cellular, Bluetooth, Wi-Fi, GPS, or NFC radio chips.

The sensor-laden case will trigger an alarm if there is an snooping effort.

"Because the device is a separate piece of hardware, it would be secure against any effort to hack the phone's operating system," the Boston Globe reported on Friday.

The device is being created with the help of researcher Andrew Huang and was revealed at an event at the MIT Media Lab in the US.

Touted as a device that will help journalists in the field, it will detect whether a phone is sending or receiving unauthorised radio signals.

According to Snowden, it is possible that spy agencies could infect phones with malware that would leave the radios in operation even when a phone appeared to be in airplane mode. 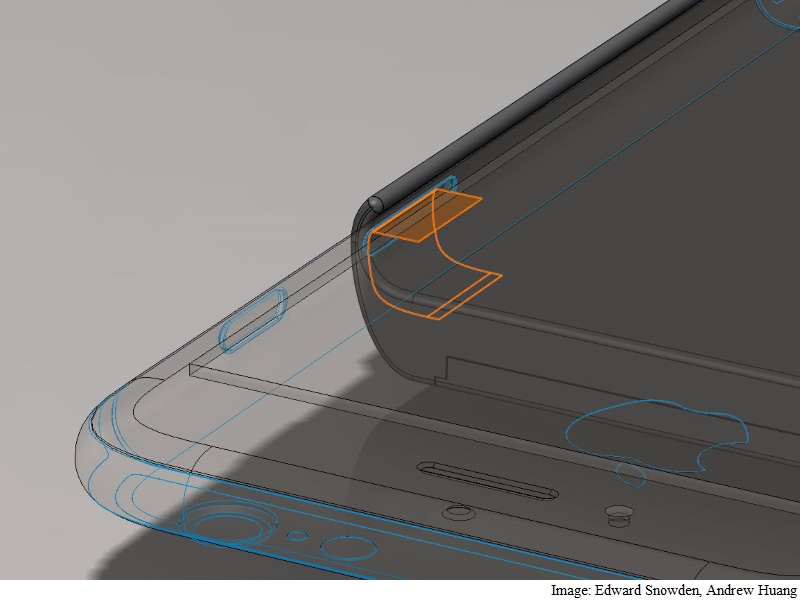 Smartphone user can deliberately or accidentally switch on Wi-Fi or Bluetooth even in airplane mode and the new device will eliminate these risks.

"Because the device is a separate piece of hardware, it would be secure against any effort to hack the phone's operating system," the report noted.

The case may even be set to shut off an iPhone automatically if it detects unwanted transmissions.

"The technical goal here is to make sure that the radios are really off. Think of the thing we're doing as like a designated driver for the phone," Huang was quoted as saying.

A working prototype device is expected to debut next year and the design and code will be open-sourced.