DJI Osmo Mobile 4 has a claimed battery life of 15 hours owing to its 2,450mAh battery. 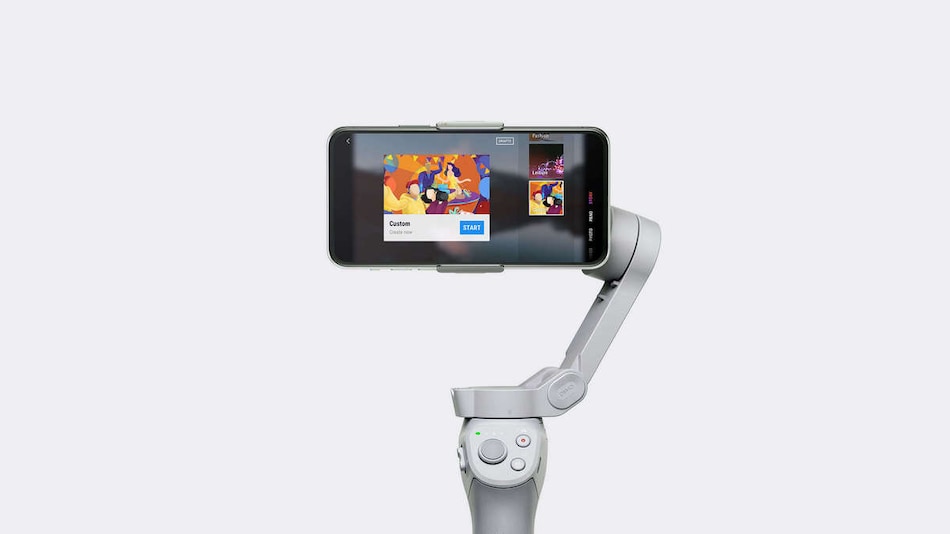 DJI Osmo Mobile 4 (OM 4) has been officially announced as the next iteration of the company's motorised smartphone video stabiliser series. It follows the same design as the last generation Osmo but adds a few new features such as a magnetic mount that allows you to more easily mount your phone. It boasts of features like ActiveTrack 3.0 and gesture control. DJI says the Osmo Mobile 4 can last up to 15 hours on a single charge. It can charge your phone while you're using it with the help of the USB port on the gimbal.

The DJI OM 4 is priced at $149 (roughly Rs. 11,000) and can be purchased from DJI's online store, BestBuy, and Moment. As of now, there is no information on international availability.

The OM 4 has a sleek magnetic phone clamp and a magnetic ring holder which means all you have to do is place your phone in the clamp or the ring holder. This makes it easier to detach the phone if need be. The Dynamic Zoom feature can be used to warp the footage while gesture controls can be used to take a photo or start recording a video. ActiveTrack 3.0 follows your subject and produces a stabilised video. It has improved recognition accuracy for children and pets. The CloneMe Pro feature lets you create panoramas with multiple clones of yourself in a single shot.