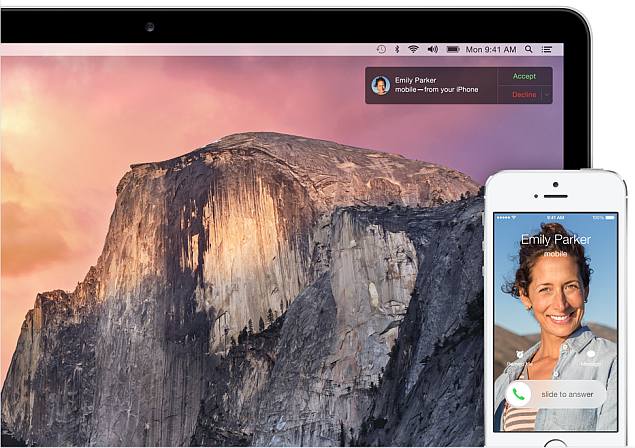 Apple unveiled new versions of iOS and OS X at WWDC back in June. While the company showcased many new features in the two operating systems, perhaps the most exciting ones were those involving 'Continuity', which aims to create a seamless experience for users switching between Apple's mobile devices and computers.

In that sense, to get the most out of the operating systems, one would need both to be around; so it seemed logical iOS 8 and OS X Yosemite would release simultaneously. However, a new report has tipped that may not be the case .

9to5mac in a report citing people briefed on the company's plans, notes that Apple will launch iOS 8 in September, alongside its long-rumoured iPhone 6. Meanwhile, the much-anticipated OS X Yosemite could see the light of the day a month later.

The sources claim that Apple has deployed experts for engineering and user interface design from the iOS team for completing Yosemite development.

Apple says the new continuity features in Yosemite make Mac and iOS device perfect companions. When a user's iOS device is near their Mac, Handoff allows the user to start an activity on one device and pass it to the other. Instant Hotspot quickens the process of using the iPhone's hotspot.

SMS and MMS messages that previously only appeared on the user's iPhone now appear in Messages on all devices. Users can even send SMS or MMS messages directly from their Mac and make or receive iPhone calls using their Mac as a speakerphone.