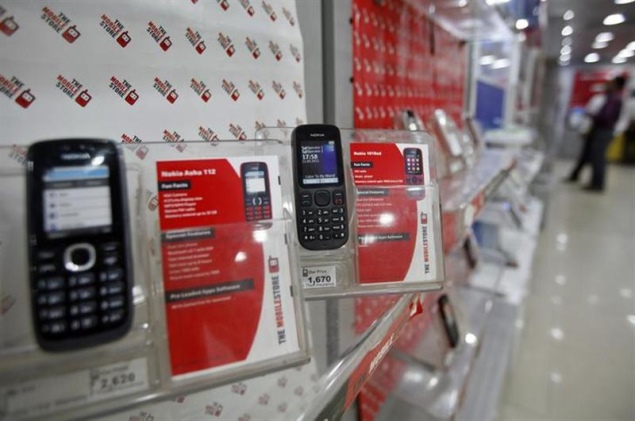 A court ruling expected on Thursday could determine whether Nokia will be free to transfer a phone-making factory to Microsoft or pay as much as $3.4 billion in disputed taxes.

The Chennai plant is one of Nokia's biggest phone-making factories and was seized by authorities because of tax claims. Nokia appealed the seizure and has been trying to end the dispute ahead of the sale of its mobile phone business to Microsoft in a 5.4 billion euro deal.

Nokia has said it wanted the factory seizure to be lifted by December 12 for the planned transfer of the business to Microsoft.

Nokia's case is one of several tax disputes involving foreign companies in India, which has stepped up its pursuit of claims against such firms as it seeks to rein in its budget deficit.
Companies recently involved in tax disputes in India include IBM, Royal Dutch Shell, Vodafone Plc and LG Electronics Inc.

In March, Nokia was served with a tax demand of about 20.8 billion rupees for five fiscal years starting from 2006-07, according to a March 22 notice on the Delhi High Court website.

Including the anticipated liability, or the tax bill for the years that have not been assessed by the authorities, the total liability could rise to roughly 75 billion rupees, said Mohan Parasaran, who is representing the tax department.

If Nokia loses the legal battle, it may have to pay as much as 210 billion rupees, which includes penalties and interest, Parasaran said. He declined to give additional details.

The penalty for non-payment of tax as per local rules can be as high as up to three times the amount owed, tax experts said.

Nokia has said it had not been served with any claim beyond the 20.8 billion rupee amount.
Nokia has said it does not expect the tax dispute to affect its deal with Microsoft, which is likely to close in the first quarter of 2014, but a lengthy asset freeze could complicate matters by preventing the transfer of the Chennai plant.

Nokia did not have an immediate comment on Wednesday.

Contract manufacturing
If the asset freeze continues, Nokia could operate the plant as a contract manufacturer for Microsoft, but it would be a distraction for the Finnish company's plans to focus on growing its network equipment business.

It would also likely be temporary and Nokia could eventually shut it down, depriving Microsoft of a crucial production site in India. Nokia has invested more than $330 million in Chennai since setting up the factory in 2006.

Nokia said earlier this week that it recently offered to pay a 270 million euro deposit to Indian authorities, on top of an earlier agreement to pay around 85 million euros, to unfreeze assets including the Chennai plant.

The factory has about 7,000 staff and the Delhi High Court said on Wednesday it would protect the interests of the workers.
Comments