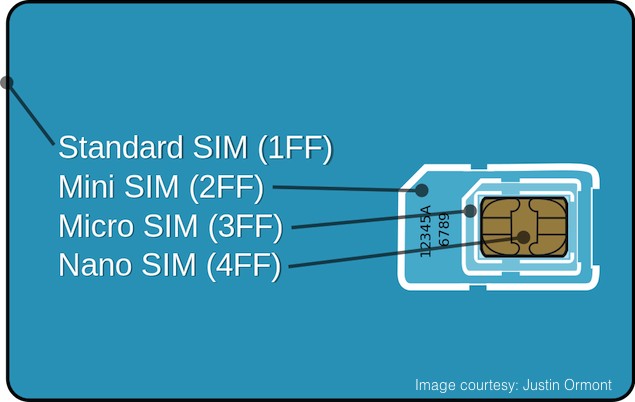 Apple launched the iPhone 5 last week and one of things that stood out was the company's decision to use the all-new nano-SIM format.

We've covered the nano-SIM in detail, explaining how it differs from the regular SIM used in majority of phones, and the micro-SIM standard that made its debut in the iPhone 4. The initial belief was that since the nano-SIM differs in thickness from regular SIM/ micro-SIM, making a DIY nano-SIM may not be as simple a project that a regular SIM to micro-SIM conversion was. That may yet change.

Reader lucas was the first to suggest that the since difference in thickness was just 0.09mm, you should be able to reduce the micro-SIM to its metallic only part and scrub down the extra 0.9mm with a sand paper. Now the folks over at CNET seem to have done just that. The resultant nano-SIM worked just fine when put back in a HTC One X that accepts micro-SIMs.

To find out whether this 'scrubbed' nano-SIM works with the iPhone 5 we'll have to wait until Friday, when people start getting their hands on the phone and experiment with this stuff. CNET also noted that Chinese vendors have started selling nano-SIM cutters. Again, the effectiveness of these is unknown.

So if you are in India or any of the countries where the iPhone 5 won't go on sale until later, it might actually be worth having your friends/ family get you a unit without worrying about the nano-SIM. But you may want to hold the decision to purchase until later this week when we'll find out for sure.
Comments