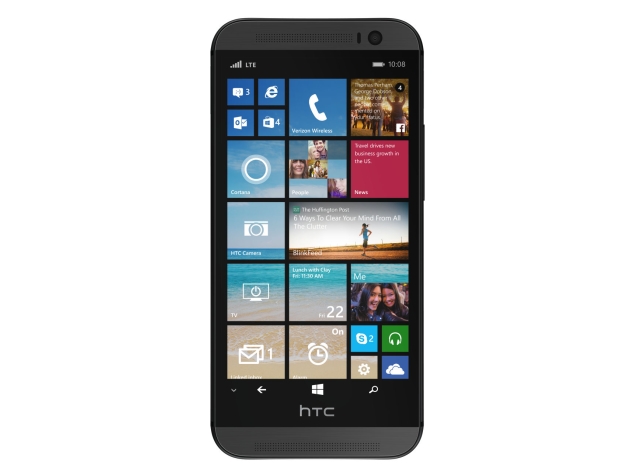 A new report claims to to have obtained the full list of specifications of the anticipated Windows Phone 8.1 variant of the HTC One (M8), and notes they are identical to the original Android-running flagship.

The anticipated Windows Phone 8.1-based HTC One (M8) handset is said to feature the same 5-inch full-HD Super LCD 3 display; a dual rear camera setup that puts a 4-UltraPixel camera alongside a 5-megapixel front camera; Nano-SIM support; a 2600mAh battery; a 2.3GHz quad-core Snapdragon 801 processor, 2GB of RAM, and 32GB of inbuilt storage along with a microSD card slot (up to 128GB).

The yet-to-be-announced Windows Phone 8.1 version of the HTC One (M8) smartphone might also come integrated with some WP8.1 features, like Cortana while using the Dot View case. However nothing can be confirmed until the Taiwanese firm officially launches the handset.

Notably, the HTC One (M8)'s Windows Phone variant was recently said to be set for an unveiling at the company's upcoming event scheduled for August 19, and has reportedly sent invites for the same.

A week ago, the rumoured HTC Windows Phone 8.1 smartphone was spotted on the Verizon's holding page, suggesting that the wireless carrier will sell the device when it is launched. Notably, the URL contained 'HTC M8 Windows'.

The HTC One (M8)'s Windows Phone version was also purportedly spotted on one of the retail websites in Netherlands. However, no details on the handset's specifications were mentioned.