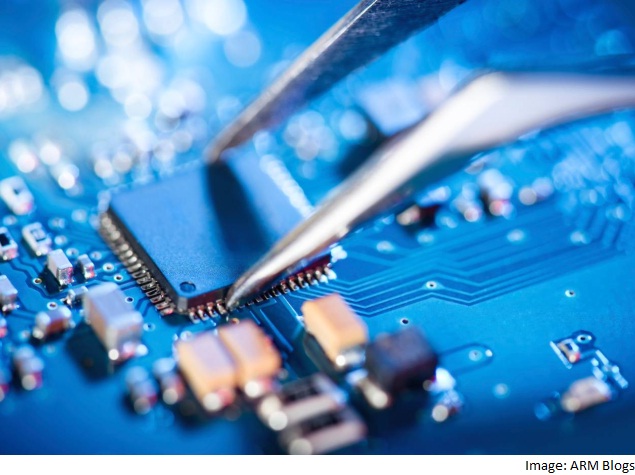 ARM Holdings felt the chill from Apple, one of its biggest customers, as doubts about the strength of the global smartphone market overshadowed a 32 percent jump in second-quarter profit at the British chip designer.

Apple disappointed the market with its revenue forecast late on Tuesday, despite strong sales of the iPhone 6, a product that generates high royalties for ARM.

Shares in the Cambridge-based company fell along with other Apple suppliers globally.

ARM, however, said it would still meet market expectations for full-year revenue of $1.48 billion (roughly Rs. 9,414 crores), based on a robust pipeline of licensing opportunities and share wins for its technology in markets beyond mobile.

ARM licenses its technology to chipmakers and receives a royalty on every chip shipped.

Its second-quarter royalty revenue rose 26 percent after its partners shipped 3.4 billion chip in devices from smartcards to networking equipment, as well as smartphones and tablets.

Apple accounts for 20-25 percent of processor royalties last year, analysts have estimated, but ARM's head of investor relations, Ian Thornton, was not concerned.

"I don't see anything in their results to change our overall view of our second half when I look at the market more generally," he said.

Industry data showed "a little weaker than normal seasonality" in April and May, but "not to the extent that would worry us", he said, adding that the pipeline on licensing for the rest of the year was robust.

"Combining those gives us multiple routes to the full-year consensus," he said.

Analysts at Investec said the company had not seen any material signs of slowing in its end markets.

"Trading at a five-year price-earnings low, we see this as a good entry point, especially if Apple weakness mutes the stock," they said.

ARM reported pretax profit of GBP 123.9 million (roughly Rs. 1,231 crores), broadly in line with expectations of 124.1 million according to a Thomson Reuters poll, on revenue of 228.5 million.