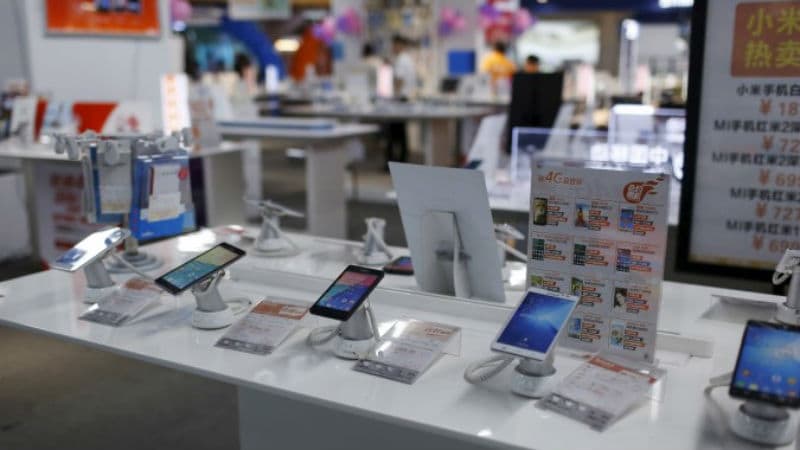 As per the Canalys report, eight out of the top 10 smartphone vendors in China were hit by annual declines. Companies like Gionee, Meizu, and Samsung have declined to less than half of their respective Q1 2017 numbers. Meanwhile, Huawei, including sub-brand Honor, has seen a minor 2 percent growth in shipment. However, it is still maintaining its position at the top with 24 percent market share.

Meanwhile, Oppo and Vivo have seen a decline in shipments by 10 percent to 18 million and 15 million respectively. However, "Xiaomi was the only company to buck the trend," the report claims, with its smartphone shipments growing 37 percent year-on-year to 12 million units. Interestingly, it has overtaken Apple to take the fourth position.

Notably, the total market share for mobile makers outside the top five fell from 34 percent in Q1 last year to 19 percent this quarter. Gionee bore the most brunt, with shipments down by about 70 percent. Canalys researchers claim that despite healthy competition amongst the top manufacturers, there is a sense of fatigue in the Chinese market. Research Analyst Mo Jia says, "The level of competition has forced every vendor to imitate the others' product portfolios and go-to-market strategies. But the costs of marketing and channel management in a country as big as China are huge, and only vendors that have reached a certain size can cope."

For Xiaomi, the growth is in line with its progress overseas. It is the only company in the list that focusses on the sub sub-CNY 1,000 (roughly Rs. 10,500) handsets. However, another analyst claimed that the company is trying hard to shed its low-cost image. "The launch of the Mi Mix 2S in Paris and the very recent Mi 6X in Wuhan are clear efforts by the company to change customers' perception of the brand, especially in China, where Xiaomi needs to tempt those looking at Honor, Oppo or Vivo to buy its products," an analyst said.

Meanwhile, after a decline in the last two quarters, the Chinese market is expected to return to growth in Q2. Oppo, Vivo, and Huawei are expected to launch more flagship smartphones in the country as the inventory issues have been been sorted, the report claims.