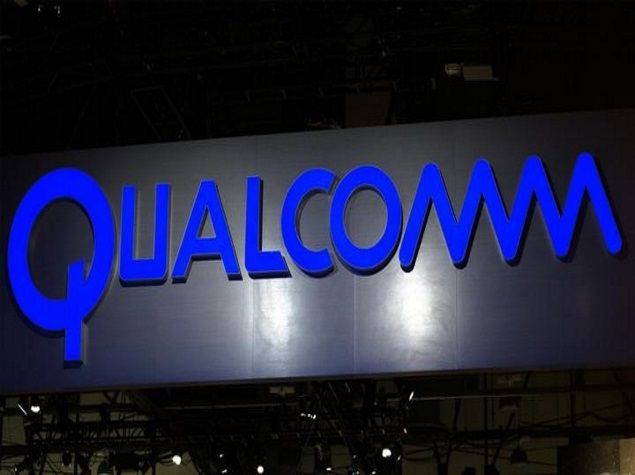 A Chinese semiconductor company will seek a $100 billion penalty against Qualcomm for trademark infringement, it said Tuesday - almost as much as the US mobile chip titan's entire market capitalisation.

The claims from Shanghai-based Genitop Research come after Beijing fined the US firm nearly a billion dollars for monopoly offences.

Genitop says it registered the phrase, which means "high communication", as its trademark in 1992 and demanded 100 million yuan ($16 million) in compensation.

The case has yet to be decided but Genitop said Tuesday it will ask the Chinese government to probe Qualcomm's "trademark infringements" in the country.

It would seek an "administrative penalty" of $100 billion, Genitop's lawyer Chen Ruojian said, adding that under Chinese law, such penalties can be set at three times a firm's sales, and Genitop arrived at the figure by combining three years of Qualcomm's turnover in China.

"We will file a formal, written and open application with the State Commerce and Industry Administration for investigations and a penalty against Qualcomm," Chen told reporters.

Qualcomm representatives in China could not be reached for comment by AFP. An email to the firm's US headquarters was not immediately answered.

The case is the latest travail to beset the Californian giant in China.

Qualcomm said last month that it will pay 6.088 billion yuan and modify its business practices in China to end an official anti-trust investigation. That fine was equivalent to eight percent of Qualcomm's 2013 sales in China, authorities said.

Beijing has said the probe - which formally started in November 2013 - was triggered after unnamed industry players complained the firm was abusing its market dominance to charge high prices.

Over the past two years, Chinese authorities have stepped up scrutiny of foreign firms, launching sweeping investigations into alleged malpractice in sectors ranging from pharmaceuticals to baby formula.

In August last year, the government levied a combined 1.24 billion yuan fine on 12 Japanese auto parts firms, which media reports at the time said was the biggest ever in an anti-monopoly case.