Alcatel, besides announcing its One Touch Watch and the OS-agnostic One Touch Pixi 3 series, introduced its One Touch Hero 2C at the ongoing CES 2015 event.

The Alcatel One Touch Hero 2C will first hit shelves in Latin America followed by other regions. The price of the smartphone is not yet known. However, based on its specifications, the device might fall in the mid-range segment.

The handset is a toned-down successor to the already announced One Touch Hero 2. The device is equipped with the same 6-inch screen size with an HD (720x1280 pixels) resolution instead of full-HD as seen on the One Touch Hero 2.

As per the images posted by Cnet, the Alcatel One Touch Hero 2C seems slightly wider and would probably require users to operate it with two hands. The handset, featuring a big screen, also misses out on a stylus. While the device runs Android 4.4 KitKat out-of-the-box, there is no confirmation on the Android 5.0 Lollipop update for the smartphone as of now. 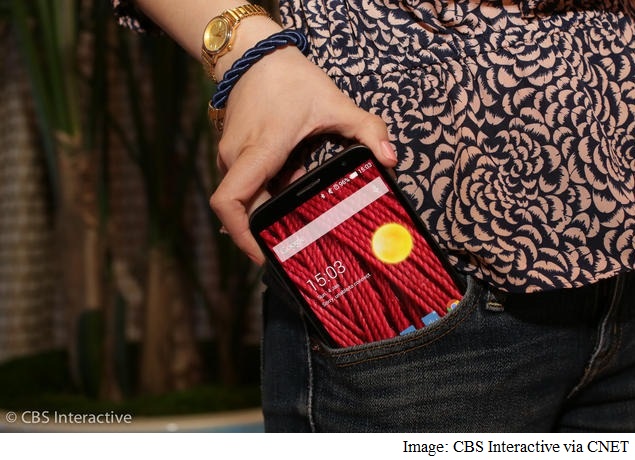 Alcatel One Touch Hero 2C is powered by an unspecified 1.2GHz quad-core processor with the Adreno 305 GPU for handling graphics. The 13-megapixel rear camera stays the same as One Touch Hero 2, but the front-facing camera has been diminished from 5-megapixel to 2-megapixel. The rest of the specifications of the device remain undisclosed for now.

Meanwhile, more information has sprung up about the company's first smartwatch, the recently announced Alcatel One Touch Watch. As per The Verge and Engadget, the $149 (roughly Rs. 9,500) priced smartwatch will support both Android and iOS devices.

Accessing health tracking data, adjusting themes, colours and other functionalities are also housed in the device. The One Touch Watch tracks the user's health including sleep, steps taken and more, via its inbuilt heart rate monitor, accelerometer, gyroscope, altimeter and e-compass.

The main interface can be accessed by tapping on the bottom of the 1.22-inch circular screen. Multimedia controls can be also accessed from within the device. Also, users can operate the smartwatch as a remote shutter for the smartphone's camera. The voice-command feature is also missing in the wearable.

The Alcatel One Touch Watch is powered by a STMicroelectronics STM429 chipset and is backed by a 210mAh battery. NFC and Bluetooth connectivity is also equipped in the device. The smartwatch comes in four versions including two 'micro-textured resin' models and two metal models. The metal models are said to arrive by the end of this year, while other variants might show up in Q1 of this year.