Cell phones can reduce fertility by 30 per cent: Survey 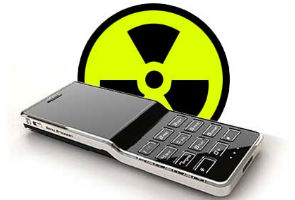 Highlights
Cell phones, even when not in use, can reduce fertility in males by as much as 30 percent, a recent study has revealed.

The latest warning comes after the World Health Organisation said cell phones could cause cancer. Conducted in Canada by the Queen's University, the study says that men with poor sperm quality and less sperm count could have been spending too much time on cellphones and were being harmed by the electromagnetic waves emitted by them.

"While cell phone use appears to increase the level of testosterone circulating in the body, it may also lead to low sperm quality in terms of motility and concentration thereby decreasing the chances of fertility," said the survey.

Interestingly, the researchers believe that cell phones may cause damage while in stand-by mode too as they make regular transmissions to maintain contact with the nearest radio masts.

So, users should avoid carrying phones in a belt holster or trousers, and rather carry them in a bag or a briefcase away from physical contact and absolutely avoid them when not in use, suggested the study.

Putting the study in an Indian context, Shivani Sachdev Gour, director and fertility consultant at Isis fertility clinic in south Delhi, said that about 30 couples with infertility visit her every month and in around 35-40 percent of such cases, it is the male who has the problem.

"Most of the time the reason for this is unknown. Several postulated reasons related to male infertility were environmental toxins," said Gour.

According to the study, the British government has already advised its citizens to prefer text messages and hands-free over direct calls to avoid the possible negative effects.
Comments