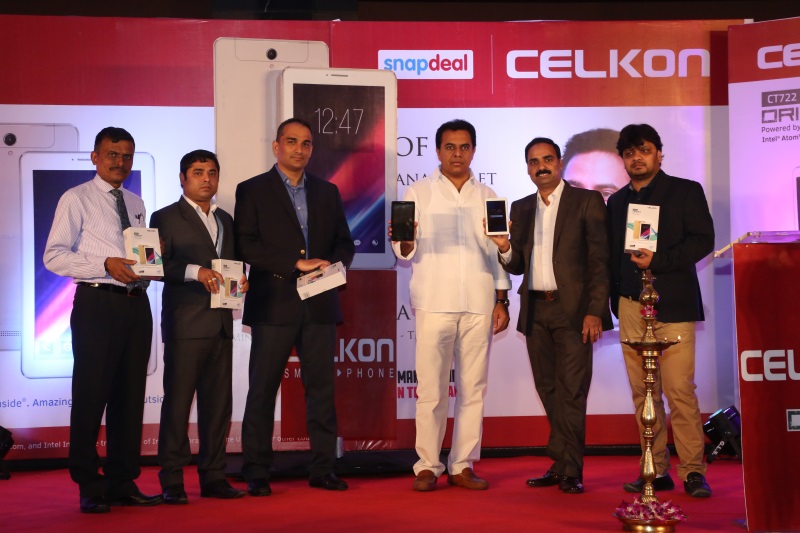 Indian mobile phones maker Celkon Mobiles said on Tuesday that it will invest Rs. 250 crores in its manufacturing facilities in Telangana and Andhra Pradesh over next six months.

The facilities in Hyderabad and Tirupati will manufacture both mobile phones and tablets.

While Rs. 100 crores will be invested in the plant here to ramp up the production, the remainder will be used for setting up operations in temple town Tirupati.

The company, which launched its plant in Hyderabad in June, has set a target of 1 million handsets after completion of both the units.

The announcement was made by chairman and managing director Y. Guru after launching the firm's first tablet manufactured here.

The firm has also decided to foray into manufacturing of television sets. It will form a joint venture with a Chinese company in the new next few weeks.

Celkon's plants both in Hyderabad and Tirupati will have exclusive TV manufacturing lines.

Celkon's executive director Murali Retineni said as 30 percent of TV market is still in the CRT (cathode ray tube) category, they were trying to tap this potential.

The mobile maker plans to roll out 4G phones later this month. It will launch two 4G phone and two tablets, all priced under Rs.10,000.

The company, which is currently exports its products to 10 countries, is looking at other markets, especially in Africa.