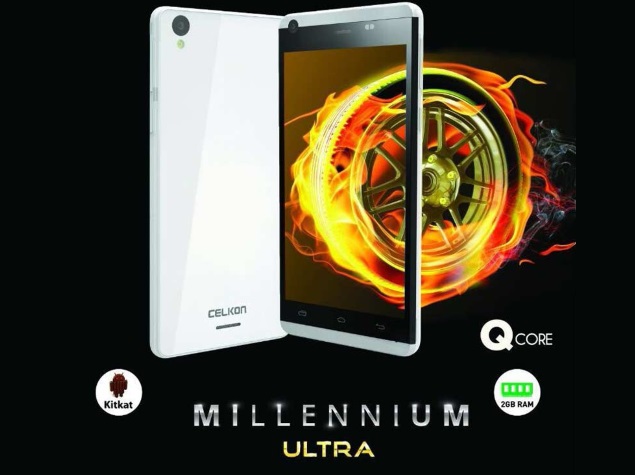 The new smartphone is said to expand the company's new Millennium range and will reportedly be exclusively available on Flipkart. The Celkon Millennium Ultra Q500 will be priced at Rs. 9,999 and is expected to be up for pre-order starting August 14, while the handset will be available only starting August 24.

The domestic handset maker, as of now, has not revealed the complete specifications - such as the battery, camera, and processor - of the Millennium Ultra Q500.

Some of the specifications listed by FoneArena, include a 5-inch HD (720x1280 pixels) IPS display with OGS; quad-core processor; 2GB of RAM, 16GB inbuilt storage with expandable storage support, and Android 4.4 KitKat.

The Celkon Signature Two A500 sports a 5-megapixel autofocus rear camera with LED flash, while there is a secondary 0.3-megapixel front-facing camera.