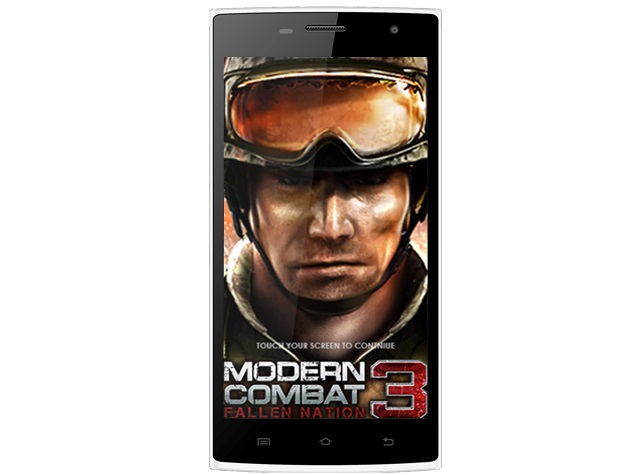 Celkon, expanding its budget smartphone range, has launched the Millennium Glory Q5 in India, pricing it at Rs. 7,299. The Celkon Millennium Glory Q5 comes preloaded with games from Gameloft such as Prince of Persia, The Avengers - The Mobile Game, Bubble Bash 3 and Modern Combat 4: Zero Hour which the company touts is the highlight of the smartphone.

The company has also announced that the Millennium Glory Q5 will come with a free magnetic flip cover worth Rs. 1,000 and also supports multiple Indian languages.

The Celkon Millennium Glory Q5 offers dual-SIM (GSM+GSM) support and both the SIM slots support 3G connectivity. It features a 5-inch IPS display with qHD (540x960 pixels) resolution. A quad-core (unspecified chipset) processor powers the smartphone, clocked at 1.3GHz, coupled with 1GB of RAM. The Millennium Glory Q5 sports a 5-megapixel rear camera with LED flash, while there is a 1.3-megapixel front-facing camera also onboard.

The smartphone comes with 8GB of inbuilt storage, and can be expanded up to 32GB via microSD card. Apart from 3G connectivity, it supports Bluetooth, Wi-Fi, GPS/ A-GPS, GPRS/ EDGE and Micro-USB. Celkon Millennium Glory Q5 is backed by an 1800mAh battery with no word on talk time and standby time.