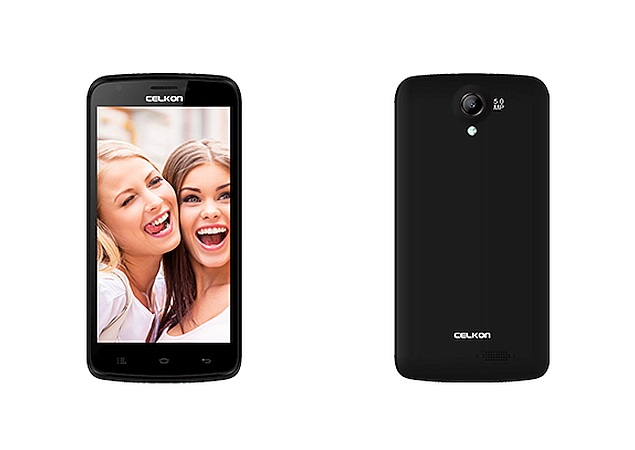 Celkon has introduced a new smartphone, the Millennia Q519, which is now listed on the company website with specifications. The domestic handset brand is yet to announce the smartphone officially along with its price and availability details.

The Celkon Millennia Q519 is a dual-SIM (GSM+GSM) device which runs Android 4.4 KitKat out-of-the-box. The handset features a 5-inch (480x854 pixels) FWVGA IPS display, and is powered by a 1.2GHz quad-core processor (unspecified) coupled with 512MB of RAM.

It comes with 4GB of inbuilt storage, which is further expandable via microSD card (up to 32GB). The smartphone sports a 5-megapixel rear autofocus camera with LED flash, while there is a secondary 3.2-megapixel front-facing camera also on board. On the connectivity front, the Millennia Q519 offers 3G, GPRS/ EDGE, Wi-Fi 802.11 b/g/n, GPS, Micro-USB, and Bluetooth options.

The Celkon Campus Q405 is powered by a 1.2GHz quad-core processor coupled with 512MB of RAM. Other specifications include 4GB of inbuilt storage; further expandable via microSD card (up to 32GB); 3.2-megapixel rear camera with LED flash; a secondary 1.3-megapixel front-facing camera; 3G; GPRS/ EDGE; Wi-Fi 802.11 b/g/n; Micro-USB; Bluetooth, and a 1500mAh battery.