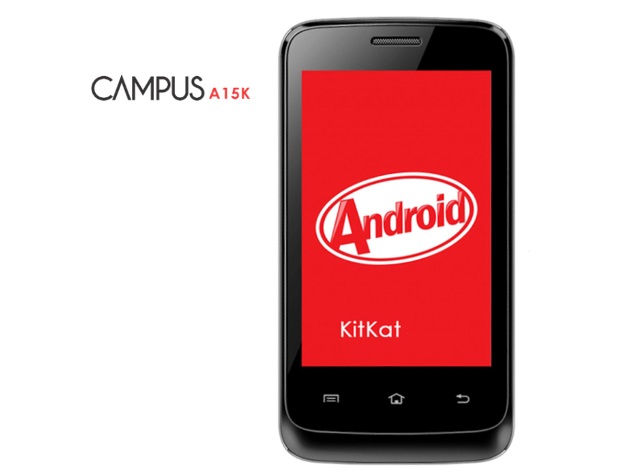 Celkon has launched a new budget Android smartphone in India, the Campus A15K, priced at Rs. 3,449.

The company has been on a launching spree recently, expanding its Android KitKat-based smartphone portfolio.

There is no official word on the availability details of the Campus A15K; however, we expect that the smartphone will hit market shelves in the coming days.

It comes with 512MB of inbuilt storage, which is further expandable via microSD card (up to 32GB). The Campus A15K sports a 3.2-megapixel rear camera with LED flash, while there is a secondary 0.3-megapixel front-facing camera also onboard.

On the connectivity front, the Campus A15K offers GPRS/ EDGE, Wi-Fi 802.11 b/g/n, Micro-USB, and Bluetooth options. Unfortunately, there is no 3G connectivity support on the handset.

The smartphone packs a 1400mAh battery with no word on talk time and standby time.

Notably, the newly launched Campus A15K is a variant of the Campus A15 launched last year.