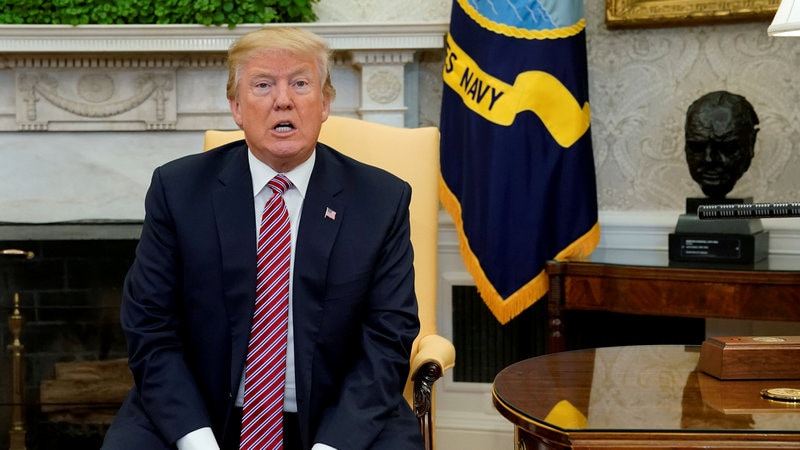 US President Donald Trump on Monday blocked microchip maker Broadcom's proposed takeover of Qualcomm on national security grounds, ending what would have been the technology industry's biggest deal ever amid concerns that it would give China the upper hand in mobile communications.

The presidential order reflected a calculation that the United States' lead in creating technology and setting standards for the next generation of mobile cell phone communications would be lost to China if Singapore-based Broadcom took over San Diego-based Qualcomm, according to a White House official.

Qualcomm has emerged as one of the biggest competitors to China's Huawei Technologies Co in the sector, making Qualcomm a prized asset.

Qualcomm had earlier rebuffed Broadcom's $117 billion (roughly Rs. 7.6 lakh crores) bid, which was under investigation by the US Committee on Foreign Investment in the United States (CFIUS), a multi-agency panel led by the Treasury Department that reviews the national security implications of acquisitions of US corporations by foreign companies.

In a letter on March 5, CFIUS said it was investigating whether Broadcom would starve Qualcomm of research dollars that would allow it to compete and also cited the risk of Broadcom's relationship with "third party foreign entities."

While it did not identify those entities, the letter repeatedly described Qualcomm as the leading company in so-called 5G technology development and standard setting.

"A shift to Chinese dominance in 5G would have substantial negative national security consequences for the United States," CFIUS said. "While the United States remains dominant in the standards-setting space currently, China would likely compete robustly to fill any void left by Qualcomm as a result of this hostile takeover."

National security and Huawei
A White House official on Monday confirmed that the national security concerns related to the risks of Broadcom's relationship with third party foreign entities.

A source familiar with CFIUS' thinking had said that, if the deal was completed, the US military was concerned that within 10 years, "there would essentially be a dominant player in all of these technologies and that's essentially Huawei, and then the American carriers would have no choice. They would just have to buy Huawei (equipment)."

Huawei has been forging closer commercial ties with big telecom operators across Europe and Asia, putting it in prime position to lead the global race for 5G networks despite US concerns.

Huawei has a dominant position in China, which is set to become the world's biggest 5G market by far, and has also made inroads in the rest of world to compete with rivals such as Ericsson and Nokia in several lucrative markets, including countries that are longstanding US allies.

Qualcomm is also a major player in 5G, estimated to have 15 percent of 5G-essential patents in the world, compared with 11 percent for Nokia and 10 percent for all of China, according to a Jefferies report citing LexInnova research. Many smartphone makers are counting on Qualcomm to deliver its 5G chipset on time in late 2018 to roll out their 5G phones in 2019.

Broadcom said it was reviewing the presidential order. "Broadcom strongly disagrees that its proposed acquisition of Qualcomm raises any national security concerns," it said in a statement in response to the decision.

Qualcomm, which had delayed its annual shareholder meeting during the CFIUS review, set the new date for March 23.

The move by Trump to kill the deal comes only months after the US president himself stood next to Broadcom Chief Executive Hock Tan at the White House, announcing the company's decision to move its headquarters to the United States and calling it "one of the really great, great companies."

This is the fifth time a US president has blocked a deal based on CFIUS objections and the second deal Trump has stopped since assuming office slightly over a year ago.

"The proposed takeover of Qualcomm by the Purchaser (Broadcom) is prohibited, and any substantially equivalent merger, acquisition, or takeover, whether effected directly or indirectly, is also prohibited," the presidential order released on Monday said.

The order cited "credible evidence" that led Trump to believe that Broadcom's taking control of Qualcomm "might take action that threatens to impair the national security of the United States."

Broadcom's next move
Broadcom had struggled to complete its proposed deal to buy Qualcomm, which had cited several concerns including the price offered and potential antitrust hurdles.

The presidential decision to block the deal cannot be appealed. However, it is not clear what rules Broadcom would have to follow if it goes ahead with announced plans to move its headquarters to the United States.

Companies may challenge CFIUS's jurisdiction in court but may not challenge the inter-agency panel's national security findings, a CFIUS expert said.

If Broadcom decides to press on with its effort to buy Qualcomm, it would be wise to drop the matter for now while the company quietly wraps up its move to the United States, a second CFIUS expert said. Once the move is done, Broadcom could argue that CFIUS does not have jurisdiction, the second expert said.