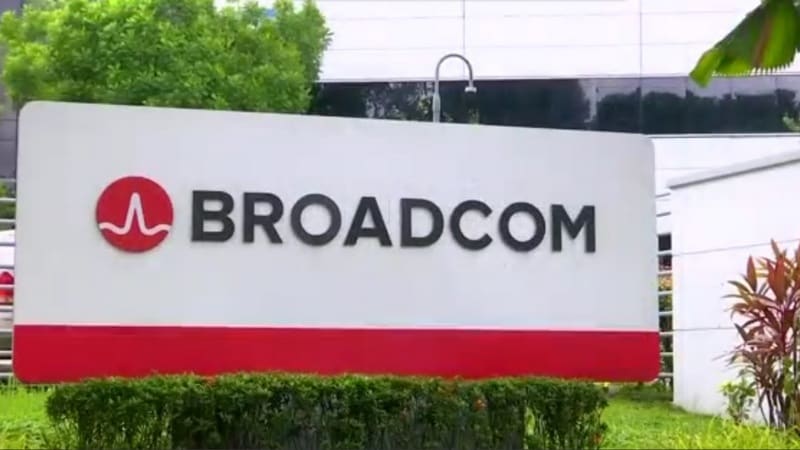 Concern over China's potential influence, and rising US protectionist sentiment, hangs over an effort by California-based Qualcomm to repel a Singaporean firm's hostile takeover bid.

If finalized, a tie-up between Broadcom and Qualcomm would be worth an estimated $117 billion (roughly Rs. 7.6 lakh crores) and potentially the biggest-ever deal in the tech sector.

But Qualcomm rejected multiple Broadcom offers during weeks of parries and thrusts between the two firms since the proposed deal emerged in November.

In the latest move, Qualcomm, which makes most of the world's microprocessors for smartphones, postponed until April 5 an annual shareholders' meeting set for this week after secretly requesting a national security review of Broadcom's bid.

Shareholders were to vote whether to replace six of the firm's 11 board members with candidates backed by Broadcom, essentially endorsing the merger.

The Committee on Foreign Investment (CFIUS) ordered Qualcomm to delay its shareholders' meeting for 30 days to allow time to fully investigate the proposed acquisition, according to the US Treasury Department.

The Committee can review any acquisition by a foreign corporation of a US firm that may impair national security, and can recommend the president block a deal.

CFIUS has stopped some transactions but foreign companies often withdraw once it appears a deal will be prohibited.

The Committee noted that a Broadcom-Qualcomm merger could weaken Qualcomm's leadership in the field. This would likely help Chinese competitors such as telecommunications firm Huawei, particularly in the emerging 5G blazing fast wireless Internet, where a stronger China could present a national security issue.

The head of Huawei last week defended his company following concerns its equipment could be used for spying, saying the firm had a "very strong track record regarding security."

Huawei reportedly lost a deal with AT&T in the US that would have given it an improved foothold in the handset market after US lawmakers expressed unease "regarding Huawei and Chinese espionage."

CFIUS last year opposed the takeover of US semiconductor manufacturer Lattice by a Chinese state group backed by a US investment fund, and President Donald Trump then blocked the deal.

In the semiconductor sector, the committee -- whose deliberations are secret -- in 2016 recommended that then-President Barack Obama oppose a deal between the German group Aixtron and Chinese fund Grand Chip because there was a US subsidiary of the German group.

Sensitive sectors
Fear of China is not new, said Andrew Hunter of the Center for Strategic and International Studies in Washington, DC.

"What has changed from 10 years ago is not the level of concern about China per se, but the extent of Chinese foreign direct investment into sensitive sectors of US industry," he said.

The corporate battle has intensified alongside rising protectionist measures in Washington, and as Trump complains of the "massive trade deficit" his country has with Beijing.

Dismissing warnings of a trade war, Trump on Thursday imposed tariffs on imported steel and aluminium which could spark retaliation from China and other economic powers.

"Qualcomm's work is too important to our national security to let it fall into the hands of a foreign company -- and in a hostile takeover no less," said Senator Tom Cotton, from the same Republican party as Trump.

Not only security but also US competitiveness is at stake in a Broadcom takeover of Qualcomm, said IHS Markit analyst Lee Ratliff.

"Many, many industry observers believe that Broadcom would stifle innovation at Qualcomm," Ratliff said.

"This would have negative effects far beyond Qualcomm and even the American tech industry."

Broadcom's initial offer was tinged by politics, coming just after the company's chief executive, Hock Tan, appeared at the White House with Trump to announce plans to move the firm back to the United States from Singapore.

Because Broadcom is based in the Southeast Asian financial hub essentially for tax purposes, the US government's "case is terribly misinformed" regarding a purchase of Qualcomm, said Stacy Rasgon, an analyst at Bernstein, a market research firm.

"I get the concerns about China taking our intellectual property etc... but I think they are misplaced in this specific case," Rasgon told AFP.

Broadcom said it will fully cooperate with the security review, but rejected any national security concerns since it is a US-controlled company, and is in the process of relocating back to the United States.

Qualcomm is a leader in wireless Internet technology, particularly the race to 5G networks considered vital to innovations such as self-driving cars and smart cities.

In that context, it says it has a bright future on its own.