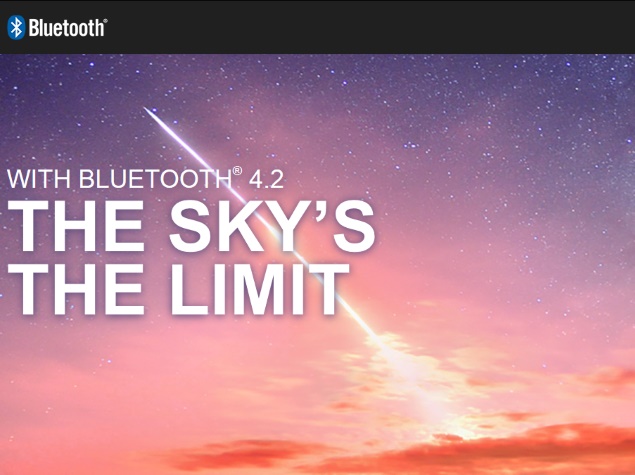 With Bluetooth 4.2 and its Internet Protocol Support Profile (IPSP), supported devices will be able to access the Internet directly over IPv6 and 6LoWPAN - perfect for IoT devices. Mark Powell, Executive Director of the Bluetooth SIG, says, "Bluetooth Smart is the only technology that can scale with the market, provide developers the flexibility to innovate, and be the foundation for the IoT."

The new standard, Bluetooth 4.2, increases the transfer speed to 2.5 times faster than the previous version, with increased capacity of Bluetooth Smart packets, also reducing the number of errors in transmission and the battery consumption of connected devices.

The new privacy features in Bluetooth 4.2 are said to make it harder to track a device without user permission. "For example, when shopping in a retail store with beacons, unless you've enabled permission for the beacon to engage with your device, you can't be tracked," notes Bluetooth SIG.

While the final version of Bluetooth 4.2 is now adopted by Bluetooth SIG, it will take some time to reach end-users as the final implementation process by manufactures will only start with this announcement.