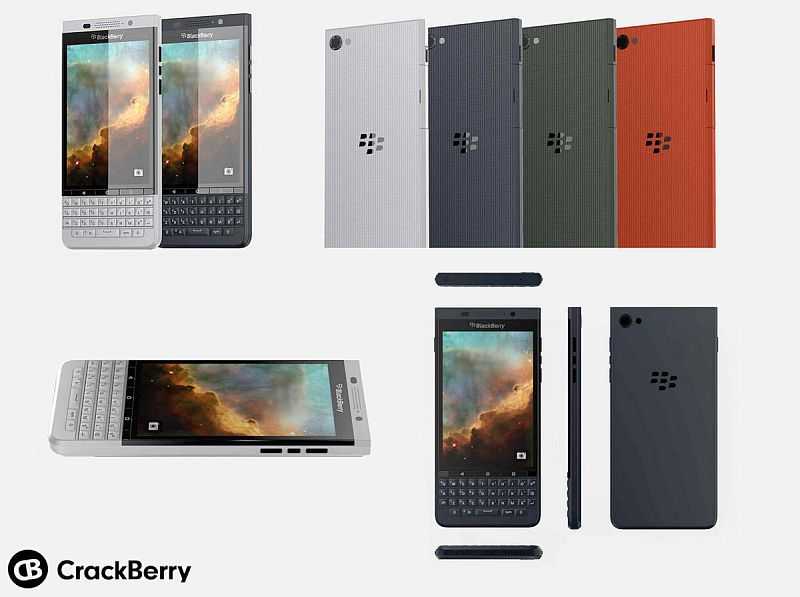 BlackBerry Priv, the company's first Android-based slider smartphone, went on sale last week in limited markets. Now, a leak has tipped that the Canadian company may have already started working on its second Android phone.

BlackBerry's purported second Android smartphone, said to be codenamed "Vienna", has been leaked in images via Crackberry. Notably, this is the first instance when images of the phone have made it to the Internet. Unfortunately, details about the handset are limited as of now. To be noted is that the BlackBerry Priv was codenamed "Venice" ahead of launch.

The leaked images however show that the company may ditch the slider design for its second Android phone and will go with its iconic physical keyboard upfront design, previously seen on various BlackBerry phones. The front of the handset is seen housing the display and the physical keyboard below it. The rear holds the camera with flash while the physical buttons for volume sit on the right panel and power on the left side, as per the leaked images.

Of course, as with all rumours and leaks, we advise readers to take the above information about the BlackBerry "Vienna" with a pinch of salt, as the company has yet to make any announcements about its new Android smartphone and the credibility of the sources cannot be independently verified.

BlackBerry last week soon after confirming that it would release monthly Android security patches to Priv users, also gave a release time-frame for its rollout of the Android 6.0 Marshmallow update. BlackBerry is reportedly targeting a rollout "sometime in the new year".

To recall, the BlackBerry Priv Android slider smartphone went up for sale earlier this month at $699 (roughly Rs. 45,500) in the US. It features a 5.4-inch QHD (1440x2560 pixels) Amoled display and sports a pixel density of 540ppi. Under the hood, it is powered by a Qualcomm Snapdragon 808 hexa-core processor clubbed with 3GB of RAM, and supports up to 32GB of expandable storage. An 18-megapixel rear camera is at the rear while a 2-megapixel front-camera is also on board. A massive 3410mAh battery backs the device.