BlackBerry Z3 Set to Launch in India at June 25 Event 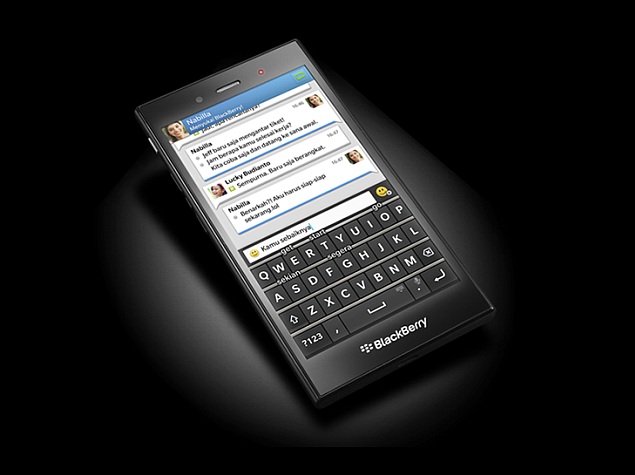 BlackBerry's recently launched low-cost touchscreen smartphone, the Z3, seems all set to be launch in India on June 25. The company has started sending invites for the event scheduled next week with a tagline that said, "Join us to witness the unveiling of the next generation BlackBerry 10 device." 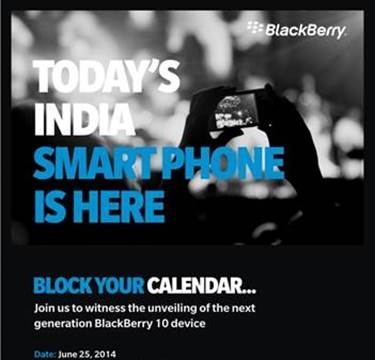 The BlackBerry Z3 was initially announced in Indonesia and is one of the first devices being made with FIH Mobile Ltd, a unit of the Taiwanese Foxconn Technology Group best known for building devices such as the Apple iPad and iPhone.

Notably, the BlackBerry Z3 is also the first phone to be launched by BlackBerry since new CEO John Chen took the helm late last year.

BlackBerry's Z3 sports a 5-megapixel autofocus rear camera and also houses a 1.1-megapixel fixed-focus front-facing camera. The smartphone includes 8GB of inbuilt storage, which can be expanded up to 32GB via microSD card. It packs a 2500mAh battery, which is rated to deliver up to 15.5 hours talk time and up to 384 hours of standby time. Connectivity options include Wi-Fi, Bluetooth, 3G, GPS, NFC and Micro-USB.

It's worth mentioning that BlackBerry had announced the Z3 touchscreen smartphone, alongside a Classic model with a keyboard, the Q20, at the sidelines of MWC.