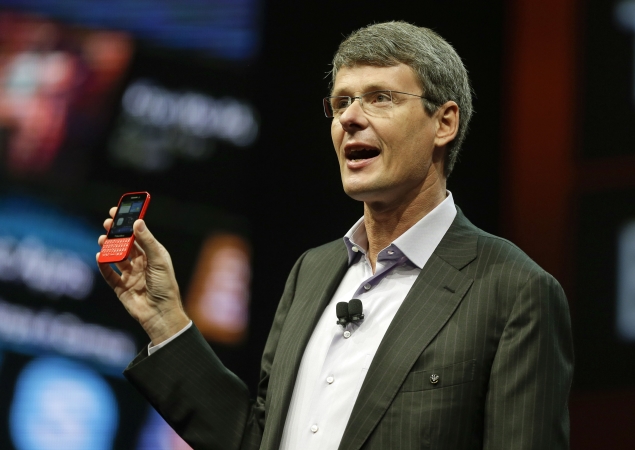 BlackBerry announced plans on Tuesday to offer its popular instant messaging system on rival devices and introduced a new mid-tier smartphone targeted at countries where its faded brand remains strong.

Tapping into its still robust popularity outside North America, BlackBerry said the new Q5 smartphone would be available starting in July in selected markets in Europe, Latin America, Asia, the Middle East and Africa. The Q5 includes the tiny qwerty keyboard that still sets BlackBerry apart from most rivals.

It gave no prices, but as BlackBerry opens the latest chapter of its turnaround attempt, it will clearly target a younger, more price-sensitive crowd with the device, which will be available in colors including pink, red and white.

"BlackBerry is clearly aiming to replicate the success of the BlackBerry Curve in emerging markets," Ovum analyst Adam Leach said, referring to the company's Curve smartphone, which has been popular in India and other developing countries.

But other manufacturers are also seeking a foothold in those markets with low-cost devices, Leach noted.

BlackBerry, under its old name Research In Motion, virtually invented the concept of on-your-hip email with a series of blocky devices with tiny thumb-operated keyboards.

But in recent years it has bled market share to Apple Inc's iPhone and Samsung Electronics Co's popular line of Galaxy devices powered by Google's Android operating system, forcing it into big job cuts and a huge rethink of its products and priorities.

"You know it hasn't been that easy and you also know there is still a lot of work to do, but man, we have reached solid ground with this company," Heins told delegates at the BlackBerry Live conference in Orlando, Florida.

To those who ask if the company can survive the drastic changes he brought in, Heins said: "We are not only still here, we are firing on all cylinders as a company."

Shares in BlackBerry were about 4 percent lower early on Tuesday afternoon as analysts wondered what the Q5's price tag would be. They also questioned if the move to open up BBM, as the BlackBerry Messaging service is popularly known, was too little, too late.

Former co-CEO Jim Balsillie had sought to offer BBM on iPhones and other rivals in a broad strategy shift before he was overruled. He cut all ties to the company early last year.

"This is such a great experience, it is just too good to keep it only to ourselves. It's time to bring BBM to a greater audience," he said, noting that BBM is used for 10 billion messages a day.

BlackBerry long relied on BBM to keep customers tied to its own devices, so the shift recognizes a new reality where many customers have already fled.

"The guy on the iPhone is gone already, he's lost," said Colin Gillis, a technology analyst at BGC Partners in New York. "The point is the guy on the BlackBerry can at least now talk to his friends."

Once a unique tool to send messages without running up SMS charges, BBM now competes with mobile instant messaging products from Facebook, Apple and others, and less directly with the micro-blogging service Twitter.

Heins said he is confident that BlackBerry can offer the service more broadly without losing its own customers.

BlackBerry has gambled its future on new devices using its new BlackBerry 10 operating system (Review), and Heins said the two new BB10 smartphones that BlackBerry has already started selling have given it its most successful launch year.

BlackBerry's volatile shares were down 3.7 percent at $15.29 in New York early on Tuesday afternoon.

Sundar Pichai on Android vs. Chrome, Facebook Home, Google I/O and more
Google expected to start a competitor to spotify