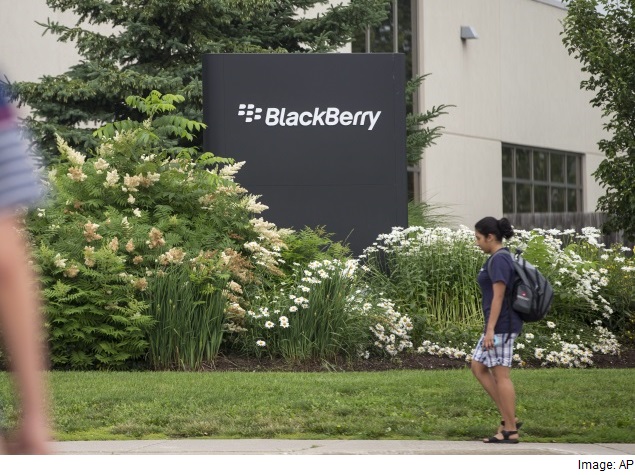 BlackBerry's introduction of two phones aimed at its traditional base of corporate users failed to reverse the company's slide in the handset market, the company said in releasing its earnings Tuesday.

From the earnings, it was unclear whether Chen's strategy of transforming BlackBerry into a company focused on selling software was advancing as quickly as planned. On Tuesday, shares of BlackBerry fell more than 4 percent to $8.81.

"We're in the early stages of Phase 2," Gillis said. "Phase 1 was: Make sure we survive as a company. Phase 2 is: Let's get some growth and move to the software model."

The software and patent licensing business of BlackBerry grew 150 percent, to $137 million (roughly Rs. 872 crores), over the previous quarter. But in a conference call with analysts, Chen, the company's chief executive and executive chairman, said that the bulk of that growth had come from a patent licensing deal with Cisco Systems, as well as one with another company, which he declined to identify.

Chen characterized the sales of the Passport, which has an unusual square screen above its physical keyboard, as "rather steady." He said sales of the Classic, which uses the company's new operating systems while emulating BlackBerry's traditional physical design, were still rising. Chen acknowledged that the design of the BlackBerry Leap (Review), a relatively inexpensive phone, was disliked by some consumers, particularly traditional BlackBerry customers, and that it was still too early to assess its sales.

During the annual meeting in Waterloo, Ontario, Chen said that despite the sluggish sales, the company was sticking with plans to introduce more new phones later this year.