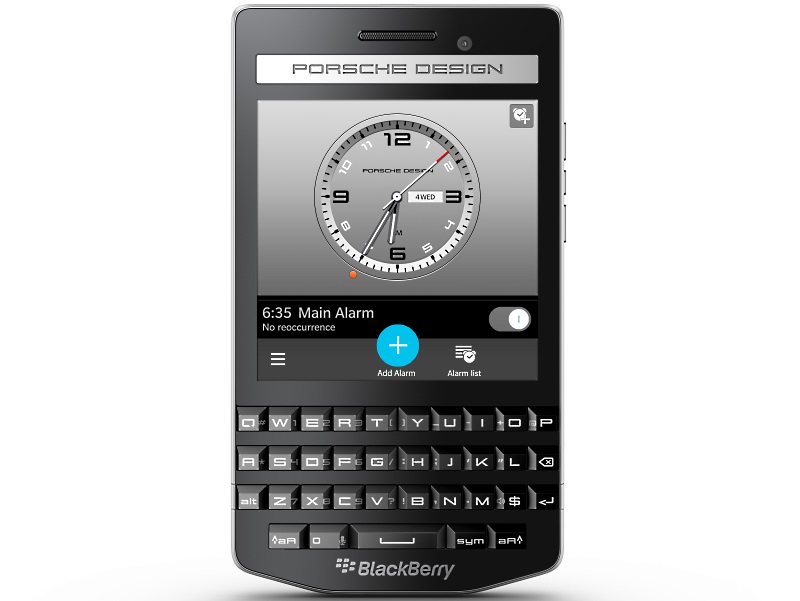 The new premium Qwerty smartphone is a variant of the Porsche Design P'9983 smartphone that was launched last year.

For specifications, the Porsche Design P'9983 Graphite features identical innards as the Porsche Design P'9983 smartphone. It features a 3.1-inch touch screen with a resolution of 720x720 pixels and offers a pixel density of 330ppi. Under the hood, the handset is backed by a 1.5GHz dual-core Qualcomm Snapdragon S4 (MSM8960) processor coupled with 2GB of RAM, and 64GB inbuilt storage expandable via microSD card (up to 128GB).

The company in a press statement lists some of exclusive Porsche Design accessories that will be in the box including a premium stereo headset, an international charging kit, a polishing cloth, and a USB cable for high-speed data transfer.

Commenting on the launch, Hitesh Shah, Director - Sales and Distribution, at BlackBerry India said, "With the launch of the new P'9983 Graphite from BlackBerry, we bring a unique stylish smartphone combined with the superior productivity and ultimate security experience of BlackBerry 10 technology for our Indian consumers. This new smartphone is custom-built for power professionals aiming to make a style statement while not willing to compromise on effective communication and collaboration."