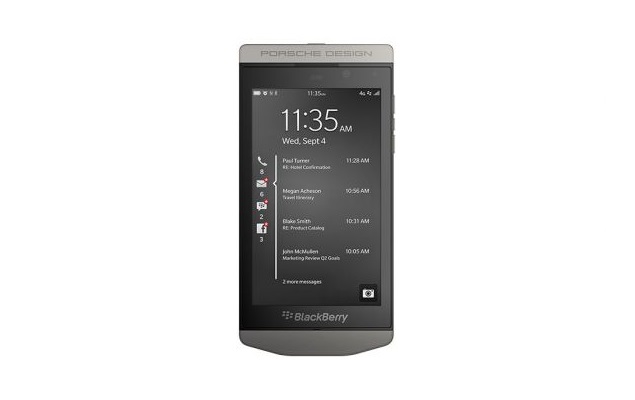 Further, BlackBerry notes that the P'9982 runs a customized version of the BlackBerry 10.2 OS. Much like the BlackBerry Z10, the P'9982 is powered by a 1.5GHz dual-core Qualcomm MSM8960 chipset, coupled with 2GB of RAM. It sports a 4.2-inch display with a resolution of 768x1280 pixels. The premium BlackBerry smartphone comes with 16GB inbuilt storage and is expandable up to 64GB with microSD card.

Commenting on the launch, Juergen Gessler, CEO of the Porsche Design Group said, "Engineered Luxury meets Powered Performance - what has been true for the first Porsche Design smartphone is even truer for the all-touch P'9882. Once again the collaboration with BlackBerry has led to a device that implements our Iconic Style credo without compromises. With the P'9982 we extend our range of modern luxury smartphones and establish ourselves as a market leader in this segment."

Alistair Hamilton, Senior Vice President of Design at BlackBerry, described the phone at the launch event, saying, "The new all-touch P'9982 smartphone combines a unique design from an iconic brand with the power of BlackBerry 10. Every aspect of this smartphone has been purposely designed and built for a powerful premium experience."

BlackBerry has also released a hands-on video, which you can watch below.