BlackBerry, which recently launched the square-shaped Passport smartphone, might soon bring a Gold Edition of the smartphone to the market if new leaked images are any indication.

The so-called business smartphone's Gold Edition has been surfaced in 3 images courtesy of CrackBerry, flaunting golden side bezels (including the power and volume buttons) unlike the otherwise single-coloured Passport handset - available in Piano Black and Porcelain White.

The images show a Gold Edition BlackBerry Passport and its retail box in a store, indicating a near future launch.One of the images has also been tagged with 'Parisrosegold', a firm known for manufacturing Gold Edition handsets for other companies. 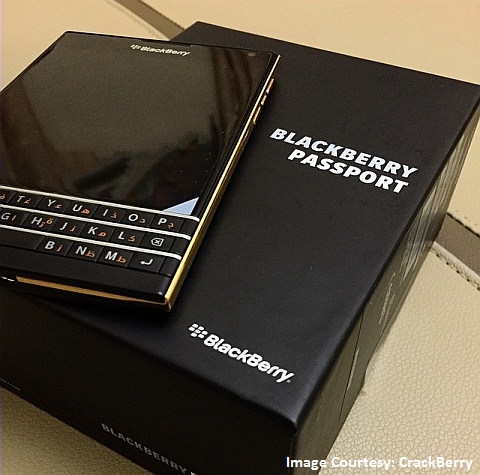 Noother information regarding the BlackBerry Passport's specifications and other features are known. However, the innards should remain the same.

Notably, iPhone 6 is the latest handset that got the gold-edition treatmentby a luxury designer, Alexander Amosu. While the first model comes witha 24-karat Yellow and Rose gold plating, the second model comes additionally studded with diamonds on its back side and all four side bezels. 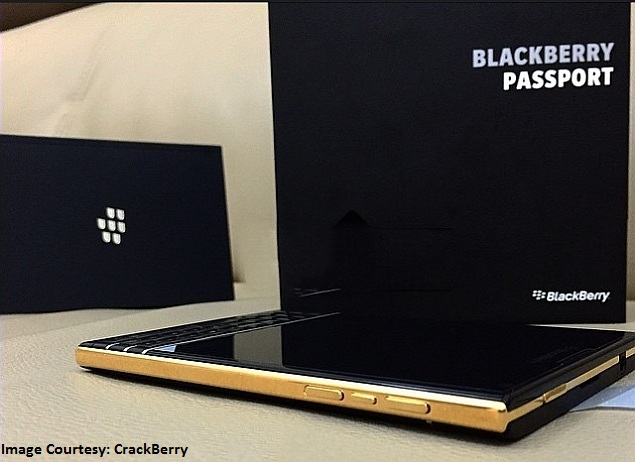 Launched on September 24 this year,the main feature of the BlackBerry Passport, apart from its 4.5-inch 1440x1440 pixel resolution IPS LCD display (translating to a pixel density of 453ppi), is the three-line hardware keyboard with capacitive touch sensitivity.

The handset also features a 2.2GHz quad-core Snapdragon 801 processor with Adreno 330 GPU; 3GB of RAM; 32GBof inbuilt storage that's expandable via microSD card (up to 128GB); a 13-megapixel rear OIS camera with a BSI sensor; a 2-megapixel front camera, and a 3450mAh battery that is said to deliver up to 30 hours of mixed-use battery life.