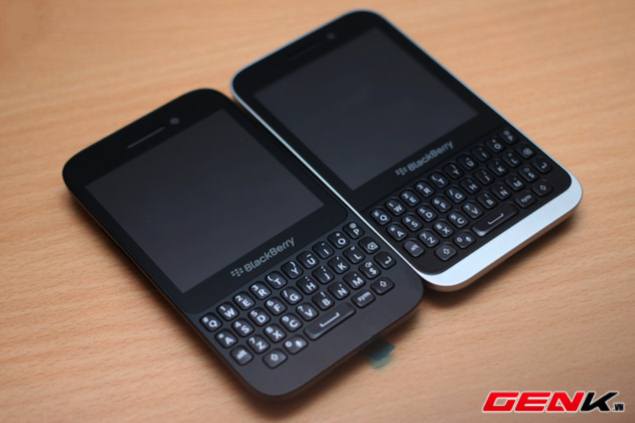 The alleged BlackBerry Kopi smartphone was said to have been spotted on several occasions since last year, and now the 'Classic' smartphone with QWERTY keypad has appeared again in a new set of images that compares it to the BlackBerry Q5.

We first heard about the Kopi in September last year, when it was shown in an alleged leaked image. Soon after, there were reports that BlackBerry has cancelled the plans of its release and we instead got the BlackBerry Q5.

The site claims to have received the new alleged BlackBerry Kopi images from a seller in Vietnam. It has more removable parts and is a mix of design elements from the BlackBerry Z10 and Q5. The website doesn't mention anything about the specifications, release date, or pricing.

While we still need to discover more about the BlackBerry Kopi, there is one other entry-level device from BlackBerry that is scheduled to debut in Indonesia in April - the BlackBerry Z3.

On Monday we saw an image posted by an Indonesian publication which showed the BlackBerry Z3 pictured alongside the Z10 and Z30. The leaked image suggested that the Z3 will feature slim bezels and might come with a 5-inch display, much like company's first phablet, the BlackBerry Z30.

Further, considering that the BlackBerry Z3 will be priced below $200, the display resolution is expected to be qHD (540x960 pixels). As of now, there is no word on other specifications of the BlackBerry Z3.

Notably, the Z3 smartphone has been built under a partnership deal with FIH Mobile Ltd - the Hong Kong-listed unit of Taiwanese electronics giant, Foxconn.