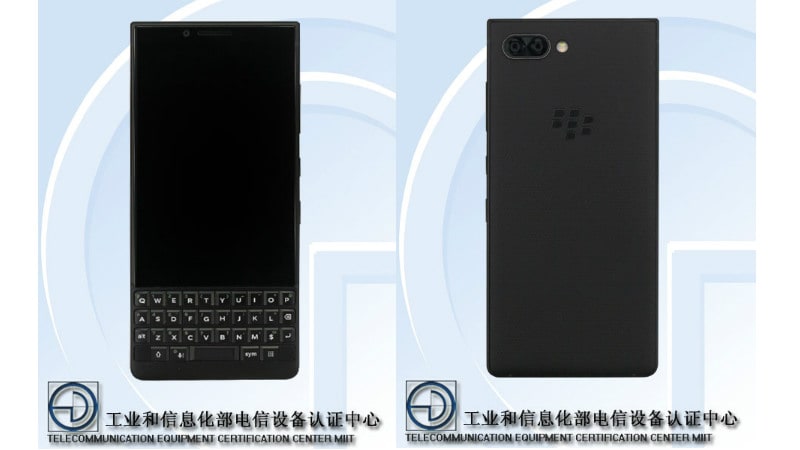 BlackBerry KEY2, the successor to BlackBerry KeyOne smartphone is all set to launch on June 7 at an event in New York. Ahead of the launch, a few specification details of the smartphone have been leaked giving us an idea of what we can expect, apart from the classic QWERTY keypad.

BlackBery KEY2 is tipped to have a dual camera setup, and a rubberised textured panel on the back. The QWERTY keyboard on the BlackBerry KEY2 is likely to support gestures and a multitouch-supported display that is expected to come in 3:2 aspect ratio. On the top, the smartphone could have a 3.5mm audio jack, while a USB Type-C port may be placed at the bottom. Rumours also suggest that the handset has 4G LTE support and includes dual-SIM support.

Furthermore, the BlackBerry KeyOne has received the May security update, bringing a slew of Andorid fixes and patches, reports CrackBerry. The update is being rolled out to unlocked units only currently, which means carrier-locked models will have to wait. If you have an unlocked variant, head to Settings to check if you've received the update. Furthermore, the Android Oreo update is also coming to BlackBerry KeyOne, according to Rogers community forums. The list of devices that are getting Oreo has been updated to reflect KeyOne as one of the devices slated to get it.