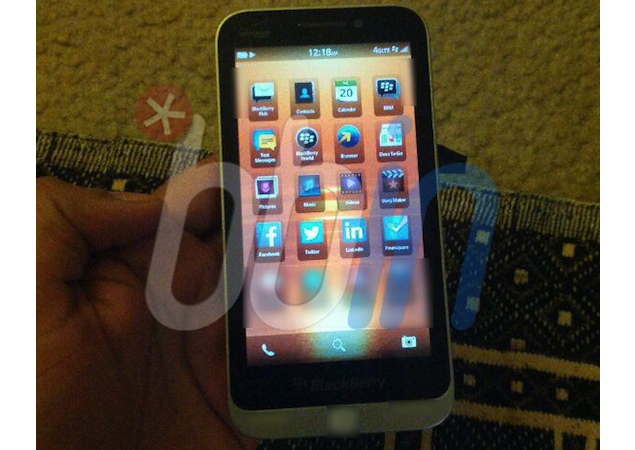 Although BlackBerry recently announced that it would reduce the number of smartphones in its product portfolio from six to four, after it said it expected dismal results, and a shift of focus to enterprise, it looks like it's been working on a new full-touch BlackBerry 10 smartphone, which has made an appearance in a new leak.

The site mentions that the phone would sport a 4.2-inch LCD touchscreen with a resolution of 720x1280 pixels.

After announcing that it expects to report a net operating loss of between $950 million and $995 million in the quarter ended August 31, due to writedowns and other factors, and announcing 4,500 job cuts, BlackBerry said that it would limit its device portfolio to four devices - two entry-level and two high-end.
It expects to book a $930 million to $960 million writedown in its fiscal second quarter owing to a ballooning stockpile of unsold BlackBerry Z10 devices. It had also said that it would position the Z10 as a more affordable handset after not being able to clear its inventory.

So, it's not clear if this device will eventually make it to the market.

Meanwhile, the much anticipated release of BlackBerry Messenger (BBM) for Android and iOS hit a roadblock on Saturday, with the company saying it was pausing the first ever rollout of the popular messaging app to third-party platforms. An unreleased Android version of the app that leaked, got circulated quite a bit, with BlackBerry revealing over 1.1 million active users within 8 hours. The company blamed this leaked build for "issues", which it "attempted to address throughout the day".