From the leaked images it appears that the QWERTY BlackBerry 10 smartphone will have curved corners and will not be radically different from the current range of QWERTY handsets being offered by the Canadian handset maker.

The major difference seems to be that the company has done away with navigation and menu buttons, which means that there is a possibility that there will be no trackpad on the N-Series BlackBerry 10 smartphones. Also, it appears that these devices will have a slightly larger screen than what is currently being offered to BlackBerry users.

Just a few days back, the grapevine was abuzz with the fact that this N-Series smartphone might be called BlackBerry X10. 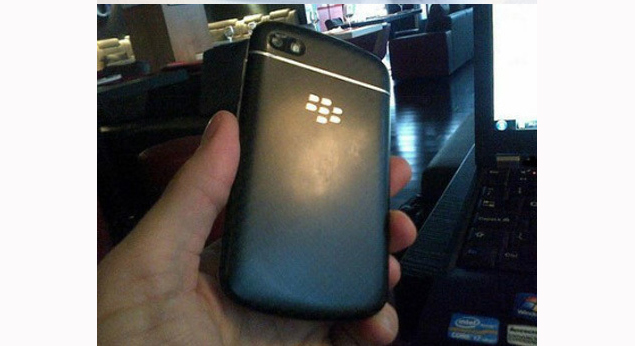 Research In Motion (RIM) has already announced that they will be launching their new BlackBerry 10 operating system and touchscreen device running on this platform on January 30, 2013. According to various leaks it seems, RIM plans to ditch 4 digit names (like BlackBerry Curve 9300) and call the forthcoming full-touch BlackBerry 10 smartphone the 'BlackBerry Z10'.